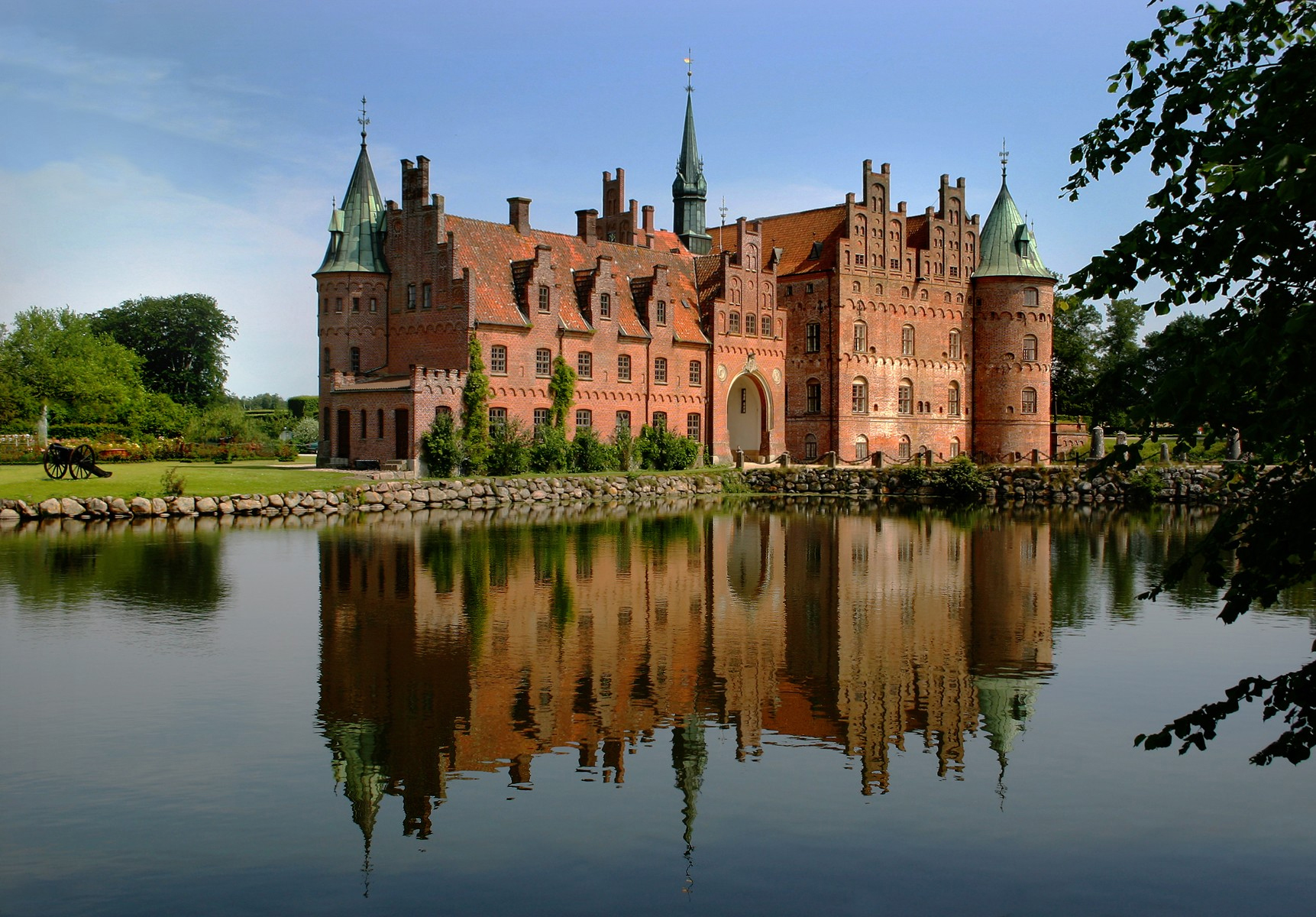 image_size = 290
image_caption = is a Funen landmark 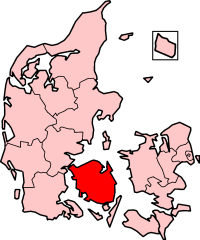 Funen (Danish: "Fyn"; IPA2|ˈfyːˀn), with a size of 2,984 km² (1152 sq. miles), is the third-largest island of Denmark following and , and the 163rd largest island of the world. Funen is located in the central part of the country and has a population of 447,000 people (2006). The main city is , connected to the sea by , though this canal is now seldom used. The city's shipyard has been relocated outside of Odense proper.

Funen belongs administratively to . From 1970-2006, the island formed the biggest part of , which also included the islands of , and , as well as a number of smaller islands.

Funen is linked to , 's largest island, by the carrying both trains and cars. The "Great Belt Bridge" is in reality two bridges; a low bridge connecting Funen to the small island of in the middle of the and a long the rest of the way to . The suspension bridge was the second longest in the world at the time of opening. From Funen to Sprogø, trains use a separate bridge parallel to the low bridge and constructed in a similar way. A tunnel connects Sprogø with Zealand, forming the other half of the railway connection.

Apart from the main city, , all major towns are located in coastal areas. Beginning in the northeast of the island and moving clockwise, the list is as follows: (NE), (E), (S), (SW), Assens (W), (NW) and (N).

Funen was the birthplace of , the composer and hero Col. .