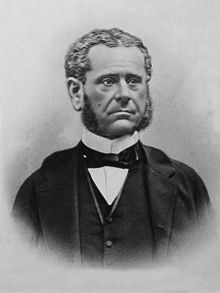 Initially founded as Dubois Père & Fils in 1776, Louis Roederer inherited the company from his uncle in 1833, renamed it eponymously, and set out to target markets abroad.[1] With concentrated efforts in several countries, including Russia. Tsar Nicholas II nominated Louis Roederer as the official wine supplier to the Imperial Court of Russia,[1] though the Russian Revolution and the U.S. Prohibition caused financial difficulties during the early 20th century, Roederer was re-established as a leading Grandes Marques producer and remains in descendants Rouzaud ownership. Cristal is a precursor prestige cuvée brand and was made commercially available in 1945.[2]

From a vineyard area of 214 hectares (530 acres), Louis Roederer produces two thirds of the grapes needed for its production, sourcing the remaining required fruit from established farming contacts.[3]

The total annual production of Roederer is approximately 3.2 million bottles, of which 70-80% is Louis Roederer Brut Premier.[3]