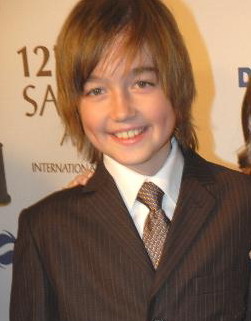 Field Adrianus Cate (born in ) is an American . He is best known to date for his series-regular role playing Young Ned on the . He currently lives in .

* Field Cate is the great grandson of Walt Disney's 13th employee, , who was an inker and the original (uncredited) voice of Minnie Mouse.

* Field Cate is the grandson of television/stage/radio/recording artist .

* Appeared in the music video "Song to Say Goodbye" by Placebo.

* Field Cate attended the 2008 San Diego Comic Con and made an appearance at the Pushing Daisies session.