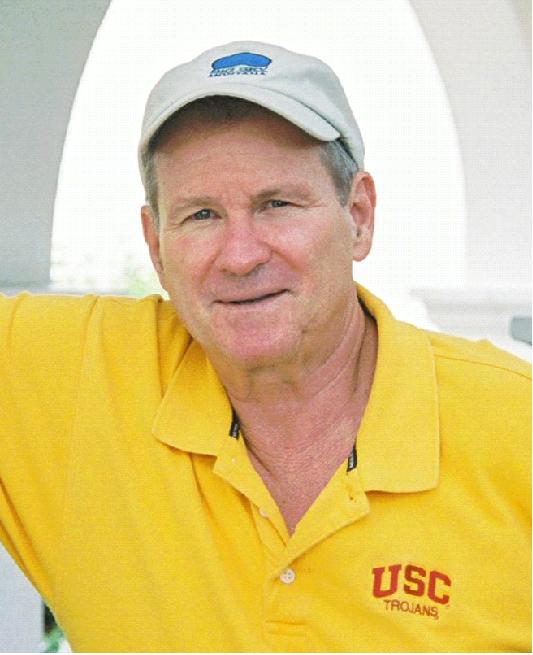 Fenwick W. English, born on February 9, 1939 is an American Educational Leader, author, professor, editor, auditor and advocate of improved . He is generally considered to be the "father" of the curriculum management audit and curriculum mapping. He has served as a University Professor, Dean, Department Chair, Superintendent of Schools, Assistant Superintendent of Schools, and Middle School Principal. Over the last two decades English has held many prominent positions in the American educational administration field; he is the author or coauthor of over 20 books, over 100 journal articles, editor of The Encyclopedia of Educational Administration, auditor of secondary school systems, President of the UCEA, and prominent leader in the field of . [ [http://soe.unc.edu/fac_research/profile/english.php UNC School of Education ] ]

In 2002, he became the Robert Wendel Eaves Sr. Chair at the University of North Carolina at Chapel Hill. This distinguished position honors one of this century’s great leaders in Elementary Education. [ [http://www.sagepub.co.uk/authorDetails.nav?contribId=527771 SAGE - the natural home for authors, editors and societies - Author - Fenwick W. English ] ]

Fenwick English was born in Los Angeles, California to middle-class parents Mel and Phyllis. His father taught middle school woodshop and his mother taught music. Fenwick's father and mother were both accomplished pianists. From a young age, Fenwick was instilled with a strong passion for education, music, and the arts.

English was active in extracurricular activities in High School, such as the school newspaper.During high school, English began his lifelong study of leadership through the study of great leaders. His passion was for wartime and military leaders including Churchhill and Napoleon.

In 1956 English enrolled in college at the University of Southern California (USC) where he graduated with B.S. in English and Education in 1961, and an M.S. in Elementary Administration in 1963.

While studying for his M.S. he was also a Classroom Teacher; teaching Third grade at the Tweedy Elementary School in South Gate, California. (Los Angeles School District).

From his career start as a third grade teacher, English quickly moved up in the ranks of practicing Educators and in School Administration. He taught Elementary and Middle School at Palm Crest Elementary School and Foothill Intermediate School in La Canada, California from 1961&ndash;1964. His leadership in the classroom was respected and this led to his promotion to Assistant Middle School Principal at that same Foothill Intermediate School from 1964&ndash;1965. In 1965 he moved up to Middle School Principal and Central Project Director, Temple City USD, Temple City, California.

It was during his five years at Temple City that he started to formulate his ideas in writing. His observations in the classroom and school became the groundwork for his first book "Differentiated staffing: Giving teaching a chance to improve learning" published in 1969. The book was well received, and it was not long before he was putting his theories into practice. In 1970 he was asked to direct a project in staff differentiation with three pilot schools in the Mesa Public School district in Mesa, Arizona. The project was funded by Arizona State University where English was employed with the title of Project Director/Visiting Lecturer. In essence he was conducting practical research by being allowed to reorganize each pilot school along slightly different models and then measure performance differences. This work was the topic of his Doctoral Dissertation, and he received his PhD in 1972.

There was a clear improvement of student performance due to organization and differentiation of staff. The positive results were published in two books "Strategies for Differentiated Staffing"(1972) and "School Organization and Management" (1975).

What worked in Arizona on the small scale would get its true test in the Sarasota County Schools in Florida. English was hired as the Assistant Superintendent for Personnel and Program Development by that district. At 25,000 students, the implementation was more difficult but just as effective as Arizona.

Rise to fame and career

English received national recognition for his achievements by being elected Associate Executive Director-American Association of School Administrators (the AASA) and Director of the National Center for the Improvement of Learning. Arlington, Virginia. Although this position was honorary, it gave him exposure to people and movements within education at the national level. It also gave him the opportunity to plan and direct two national summer conferences in Minneapolis and Denver. 1977&ndash;1979

In Washington, D.C.in the late 1970s, President 's administration was moving for the creation of a cabinet level . Consultants were needed who knew Education at the practical level. In 1979 English was hired by Peat, Marwick, Mitchell & Co. ( Peat Marwick) as their National Practice Director, North American Continent, for Elementary and Secondary Education, in the firm’s Washington, D.C. Office.

The consulting business opened English's eyes to a whole new set of tools. Business auditing and accounting practices were well refined and formed the core of KPMG's business. English grasped these tools quickly and was successful in being elected as a partner in the firm in 1980.

Could business auditing practices be used to further refine Educational Administration to create a better education system? English discussed the concept and the potential benefits in "Improving Curriculum Management in the Schools" (1980), and "Fundamental Curriculum Decisions" (1983).

This theory became practice when in 1979 English was asked to conduct a "Curriculum Audit" of the Columbus, Ohio Public School District. This was the first of many formal curriculum audits conducted by English or under his guidelines.

In 1982 to become Superintendent of Schools for the prestigise Northport-East UFSD on Long Island, New York.

Bridging from Practice to Academic Leadership

To make a mark in the field of education requires the credentials of a University Professorship at a minimum. Yet almost none of the Professors in U.S. Academia have ever practiced Education or Educational Administration in a real secondary school district. The gap between Academia and Practical Administration was huge (and still is). Bridging the gap became a quest for English that would take him to many positions at many academic institutions throughout the US. His career jumps in building this bridge would earn him the nickname "The Gypsy" from friends and family.

In Academia, the yardstick of prestige and success is publications. From his vantage point as a Secondary School District Administrator, English knew that in order to jump to Academia, he would have to out-write and out-publish the most prolific and successful Educational Administration Professors in the country. And he did.Fact|date=December 2007

in Bethlehem PA was looking to expand their standing in the field of Educational Leadership. English was hired as a Professor of Educational Administration in the Department of Leadership, Instruction and Technology, College of Education, in 1984.

His academic responsibilities and status grew as he made strategic career shifts throughout the late 1980s and 1990s:

Professor and Dean, School of Education-Indiana University-Purdue University Fort Wayne (IPFW). Responsible for 20 FTE faculty, 800 undergraduate students, 400 graduate students (masters). 1995&ndash;1996. English also held the position of Director of the National Center for the Improvement of Learning during this time.

English's rise to the "top" of Educational Leadership has not been accompanied by a softening of his views on the status quo of Education. He remains a radical. A 2000 article on the ISLLC standards is illustrative...English, F. (2000). Psst! What Does One Call a Set of Non-Empirical Beliefs Required to be Accepted on Faith and Enforced By Authority? [Answer: a religion, aka the ISLLC Standards] .

With firm grounding in Practical Educational Administration, Academia, and Publications, English is perfectly positioned to criticize all of these accepted bodies of the Intelligencia, and challenge then to revisit their science and transform it. The transformation should balance performance and accountability to become an Art. Only through the application of Educational Leadership as an Art can we communicate the whole message that creates better Educational Leaders, better school administration, better teachers and better education.

In 2005 English was elected to the Presidency of University Council of Educational Administration. [ [http://soe.unc.edu/fac_research/profile/english.php UNC School of Education ] ]

Fenwick W. English is also the creator and founder of the Curriculum Management Auditing process, first implemented in 1979 in the Columbus Public Schools, Ohio. The Curriculum Audit process is now owned by Curriculum Management Systems, Inc., and Fen serves as the President. The company, founded in 1996, was formed under Fen’s leadership, and the original colleagues and owners of the business were Fen, Betty E. Steffy-English, William K. Poston Jr., Carolyn J. Downey, Larry E. Frase (deceased 2005) and R. Gerald Melton (deceased 2002). The company continues to offer curriculum audits in small and large school systems and colleges all over the world. Over 300 curriculum audits have been conducted to date by CMSi through its affiliates, Phi Delta Kappa International and the Texas Association of School Administrators. CMSi also offers over a dozen special training programs, engineered and created by Fen and/or his colleagues, designed to help educators work to close the achievement gaps between student groups. The company is headquartered in Johnston, Iowa, and has six employees, and approximately 200 licensed auditors and service-providers who work as independent subcontractors.

Fen, a highly creative person respected by all who know him, exercises his leadership of Curriculum Management Systems, Inc. with a style sometimes characterized as “abstract-random.” Abstract-random individuals are often spontaneous, adaptable, social, inclined to abstract and obtuse thinking, and highly perceptive. In Fen’s case, this creative energy is often seen in PowerPoint presentations he has prepared for CMSi training programs. Some of his slides are so elaborate and complexified that they require dozens of key strokes just to display them. Chalk it up to Fen’s multifarious and Byzantine talents. Sometimes, students comment that they need a treatise to explain some of these slides. They also say he is fun to watch as he keeps punching the keyboard to build the slide on the screen in a highly animated manner!

On the lighter side, and little known to most people, Fen also knows how to have fun. Riding with him in his BMW Z-3 is a blood-boiling experience as he tears through the gears to hit unreasonably extreme speeds. He resembles a NASCAR race driver at those times. His proclivity to expose himself to high risk at such times contradicts his normally calm and composed nature. It’s exciting for him and spine-tingling for his passengers. Some report premature graying after a ride with Fen.

He is also the master of the Tequila Shooter School of Adventurous Libation Indulging (TSSALI). Watching him teach a novice to lick the salt off their hand, slug down the Tequila potion, and then bite into a lime is poetry in action. Fortunately, he doesn’t mix his racing inclinations with his TSSALI activities.

Professorial colleagues who have worked with him, once they get over their fear and intimidation by Fen’s intellect, find him to be a “Professor’s Professor,” and a fun guy to be around in any social situation.