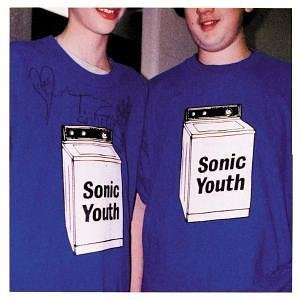 "Washing Machine" is an by the band . It was released shortly after the group concluded their stint headlining the 1995 music festival.

The track "" features vocals by and Breeders/ member . The video for that track was directed by noted music video and feature film director . It's in a gently-paced artistic sci-fi style, with Gordon and Deal and a strange small alien creature with long fingers.

The actual name of the "Untitled" track is "Becuz Coda" which was originally part of the song "Becuz" but felt they needed to cut the 8 minute long track to make the album’s opening more accessible, and released a radio edit of "."

"Washing Machine" peaked at #39 on the UK Album Chart.

"Panty Lies" is perhaps Sonic Youth's most dissonant song. Nearly every chord in the song is diminished. Despite this, it was still an encore choice for much of the Lollapalooza festival in 1995.