For Whom the Bell Tolls (Metallica song)

For Whom the Bell Tolls (Metallica song)

Infobox Single
Name = For Whom the Bell Tolls 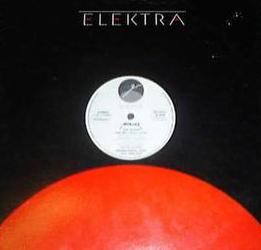 "For Whom the Bell Tolls" is a song by , the third track from their second album "". The song was composed by , , and and the lyrics are based on 's novel "". The chromatic introduction, which is usually mistaken for an electric guitar, is in fact Cliff Burton playing his bass guitar through distortion and wah-wah. The intro was written by Burton before joining Metallica. Burton first played it in a 12-minute jam at a with his first band "Agent of Misfortune." [ [http://video.google.com/videoplay?docid=-8600360414571121543&q=cliff+burton Agents of Misfortune video.] ] The guitars in the song sound slightly sharper than a standard-tuned guitar should sound. However, this may not be intentional, as it is rumored that the song was sped up after recording. If the song was sped up too much or was sped up using low quality means, it would raise the pitch of the recording, thus apparently sharpening the guitar's tuning.However, James Hetfield's voice is the same pitch as the other songs on the album, therefore, most likely, only the pitch of the instrumentation was raised, not the speed.

"For Whom the Bell Tolls" has also appeared on Metallica's live 1999 album "S&M", in which Metallica performed with the .

*Drone metal band recorded a very loose cover of the song on their album "", entitled "F.W.T.B.T."

*The song was also covered partially by pop rock band at the Metallica's special in 2003.

*Another punk rock band, Goldfinger, played a partial cover at in 1996.

*The EP features a cover of the song, and it adds approximately two and a half minutes to the original song; it is 7:43.

*The song was also covered by for their album Inquisition Symphony in 1998.

*The song was covered by , , Tony Franklin, and for the album "Metallic Assault: A Tribute to Metallica".

*Tribute duo recorded a version of the song on their album "".

*A song by The called "Mope" features the chromatic introduction riff in the chorus of the song.

*There is a remix of the song on the single, entitled the "Haven't Heard It Yet Mix."

A remix by appeared on the Spawn soundtrack. For some reason this song version is not available on any of the online versions of the CD except Napster; which ironically, Metallica sued in .