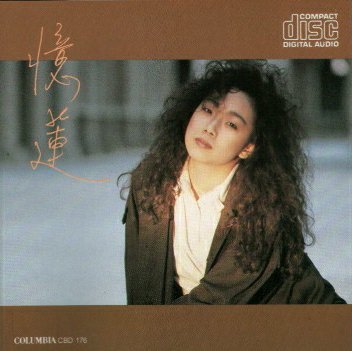 "Sandy" is the third album by , released under in 1987. This album serves as a breakthrough album for Sandy, in terms of content, style and commercial success. Like 's Control and 's Don't Be Cruel, this was crafted by a different producer and surprised the audience with a different sound. Like many of Sandy's other albums, this was a milestone for herself and the music industry.

After the mild success of Sandy Lam's last album, Sandy decided to collaborate with choreographer Clarence Hui. Clarence and Sandy turned out to be co-producers of this album and has taken considerable amount of control since this album. Sandy was very serious and progressive since the making of this album.

Agreeable that a Japanese idol image does not play in Lam's favour, she project her image as a mature girl seeking for love in her third album. Of course, under the influence of producer Fung, this change was not definite but obvious. Lyrical content of all songs were considerably more . This is most notable through lead single, "Passion", which was a cover of American new wave band Berlin's , . Producer Fung and had concerns for Sandy and Clarence choosing this song as a lead single because of the contrasting style to her past albums.

In this album, Clarence Hui began to use photographer Idris Mootee, who later handled a stack of Sandy's album's photography. In addition to the change in image for commercial recognition, she laid out a set of long curly hair, which was her signature look at the time. In the music video of "Passion", choreographer/co-producer Clarence Hui taught Sandy signature moves to be used on the video and live on stage. The result was extremely popular among the audiences. Since this album has very different concept to most Hong Kong albums in 1987 and resulted in Sandy's first success, she garnered a handful of fans, who probably demands high musical and conceptual expectations from Sandy Lam because of the alternative style from this album.

This album was released in the same week as two other female singers, and Lam Shan Shan's albums, therefore, resulted in a very competitive battle. Although the acts of the two contemporaries were released on a Thursday and "Sandy" was released on Friday, Sandy successfully took the lead while the other two albums flopped. Chan and Lam definitely owned a higher status than Sandy in the musical industry before their release in 1987. Despite this, Chan and Lam were classic examples that can represent the easy success by using the Japanese idol formula before 1987. At last, "Sandy" went double platinum(100,000 copies). It should be noted Clarence Hui was the choreographer of all three singers back then.

Singles included "Passion", which made the way to #1 in the charts, which the success continued when "Tough Heroine" and "Mind Made Up' hit the charts fairly well. "Dumped of love", "East and West" and "Nightwing" received airplay on different charts and radio stations. "Passion" also garnered Sandy's first season award. The classic music video of "Passion", choreographed by Hui, won the Best Short Form Video at the finals. This album was praised by reviews and earned Sandy a status in the musical industry.

Like the other aspects, "Sandy" produced a very different sound to the previous albums. Sandy sung in obvious improved vocals. 3 songs were Euro/American covers and 3 songs were Japanese covers, with the rest written locally. From this point, it can be seen Euro/American songs were covered to introduce a western feel in this album, but balanced with Japanese cover songs to maintain commercial acceptance. Musicians were similar to previous albums, but they suited Sandy's style and created an American pop sound instead of . Lead single "Passion"'s lyrics were written by . Instead of coping with the record company and writing a concept similar to "Heartbreak Alley" from her last album, which was about the strong emotions from breaking up, he ran the risk of writing an extremely detailed romantic theme where a couple had just met their partner. This style was very different from most of the other songs. In addition, track 10 nightwing's lyrics were co-wrote by Sandy and May Leung, another DJ and friend of Sandy.