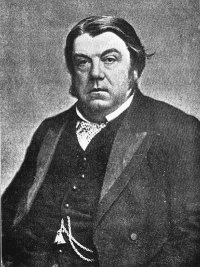 Lawson Tait, born Robert Lawson Tait (, &mdash;, ) in , , became a pioneer in pelvic and abdominal and developed new techniques and procedures. He emphasized and reduced surgical mortality significantly. He is well known for introducing in 1883 as the treatment for , a procedure that has saved countless lives since then. Tait and are considered the fathers of .

Tait's first success came with his demonstration that ovariotomy could be done safely. While had successfully performed the first in in 1809, mortality for this operation was over 90%. In his first paper in 1872, Tait reported only 1 death out of nine cases, a major breakthrough. His techniques of use of intraabdominal ligatures for the ovarian pedicle in favor of an extraperitoneal clamp, abdominal closure, and meticulous surgical cleanliness were novel and important for abdominal surgery. With further recognition, he was instrumental in the opening of the Hospital for Women where he worked for 20 years.

During this time, his work included:
# First removal of an organ () for pain.
# Observation of association of cystic ovaries and excessive menstrual bleeding.
# Induction of surgical by removal of ovaries.
# Removal of infected tubes.
# Drainage of .
# First 1880.
# First cholecystotomy ( surgery).
# in lieu of Lister's ; he avoided the use of .
# Flushing of peritoneal cavity at end of operation.

In 1881, it was suggested to him to remove the ruptured tube in case of an ectopic pregnancy. "... the suggestion staggered me, and I am ashamed to say that I did not receive it favorably." The postmortem examination convinced him that it could be done. So, 2 years later, Tait ligated the and tube in another patient, and this patient survived. In 1888, Tait reported only 2 deaths out of 42 operated cases, a marked improvement for a condition that had been almost always fatal.

Tait was a strong opponent to animal experimentation. His comment: " ...after we have found out what (experimental drugs) do in one animal we find that in another the results are wholly different and the process of investigation has to be repeated in man."

Tait was well recognized during his time, a founder and member of professional societies, and published extensively. He died of kidney failure.

The [http://medsoc.bham.ac.uk/lawsontait/ Lawson Tait Society] , an undergraduate history of medicine society at the , is named in honour of Tait. They have embarked upon a project of digitising Tait's work and resources related to Tait.