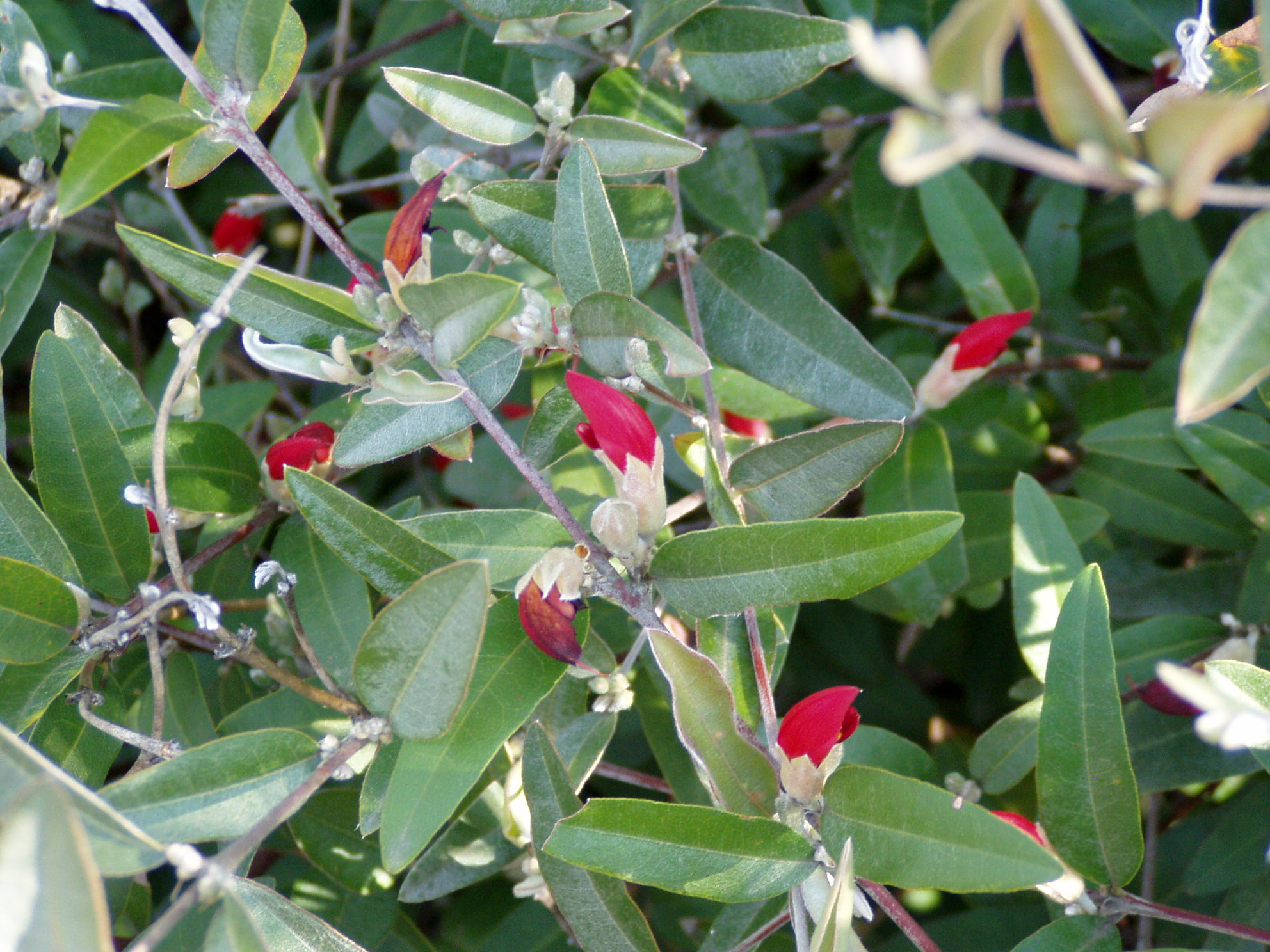 "Gastrolobium celsianum", also known as Swan River Pea, is a low-growing shrub which is endemic to south west of .

It is a member of the family and of the genus "", which contains many toxic species, however the toxicity of this species is unknown.

The species can grow to a height of up of around 1 metre, with a spread of up to 3 metres. The red flowers, which have a distinctive long and curving keel, usually appear between August and November in Australia (late winter to late spring). The ovate leaves are glossy green above and silvery below.

The species was first formally described by botanist Charles Lemaire in 1844 and published in "Horticulteur Francais" as "Brachysema lanceolatum". In 2002 botanists Gregory Chandler and Michael Crisp reassigned the species to the genus "Gastrolobium" along with other "" species and gave it the current name. The variety "B.l." var. "glabrescens" Meisn. was made a species in its own right and named "" (Crisp) G.Chandler & Crisp.

"Gastrolobium celsianum" occurs in the south-west of the state, usually on sandy or gravelly soils along watercourses and also within mallee and woodland where it is found on flats or in moist depressions.

The species has been popular in cultivation for many years. It is tolerant of a wide range of soils but requires good drainage. Although performing best in full sun, it will tolerate light shade.