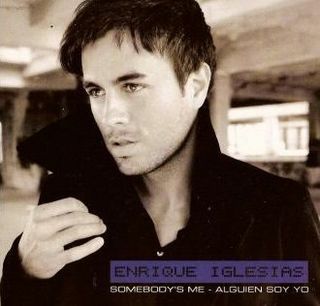 Iglesias debuted the song on the season finale of "". He also sang the song during his "For the Fans" tour of club venues which previewed songs from his then upcoming album. The song proved to be a hit with fans.

The decision to release the track met with controversial reactions from fans. While many thought the song was good there was concern that the romantic ballad would struggle to catch on in the increasingly R&B and Hip Hop dominated music market. The choice proved confusing to many who observed that positive write ups from people on music forums, music Blogs, YouTube posts and majority on his official message board stated they'd rather have "Push".

Iglesias embarked on a radio tour throughout twentytwo radio stations throughout North America focusing mostly on CHR stations but also stopping by some stations to promote the single.

Iglesias promoted the song on a number on television shows such as , , Mike & Juliet and made his first Soap Opera debut performing the song on . The song was also featured during Iglesias's guest appearance on .

In July 2007, Iglesias appeared on in , , . His first appearance on the show was to coach the Top Eight contestants followed by his second appearance to perform "Somebody's Me" from "Insomniac" and his 2000 #1 hit "Be With You." His performance was enthusiastically received by both the audience and judges who all gave Enrique a standing ovation.

The song was released in Europe as the third single from Insomniac releasing the song to radio and music television stations. The UK release schedule had a CD single stated to be released on December 10th but it was later confirmed as a download only single in the UK. The single have received strong airplay on many countries, like in Finland, Liethuania, due of success of previous single Tired of Being Sorry.

In an interview for 's Iglesias was asked why he released the song to which Iglesias simply stated "Because my record company told me to".

Iglesias premiered the music video for "Somebody's Me" at an appearance on on August 14th. During the appearance Iglesias stated that MTV censored parts of the video that were deemed too sexual. Sometime later an uncensored version was uploaded to Iglesias's official Youtube channel under the name "Somebody's Me : Directors Cut".

The Music video was directed by Anthony Mandler and features , a famous Israeli model and was filmed in the streets of , in June 2007. The video follows Iglesias as he enters a studio apartment and him kissing his love interest in a bath tub and both of them simulating making love. Also in the video are scenes of them meeting in an empty street and a scene in which he plays cards as she does a pencil portrait of him (art being an interest of Givati's). Whether Iglesias is remembering his love interest or imagining her is not made clear in the video, however some fans feel that the video depicts an imminent breakup that both characters will regret.

The music video garnered much praise from fans and non fans alike for it's artistic direction which shifted the visuals from color to black and white to sepia tone as well as much praise about Iglesias's toned physique displayed in the video. Some criticism was made however about the overt sexual visuals in the video with some holding the opinion that the video had gone too far and a minority of fans believing the video simply regurgitated the same scenarios found in his other videos adding nothing new. Nevertheless the video has been a hit with the majority of Iglesias fans and has peaked at #8 on MTV's TRL and the Spanish version reaching the same number on 's .