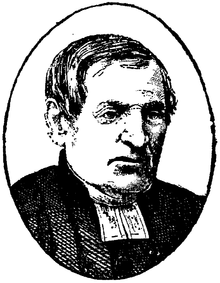 From 1828 till his death he was parish priest of Enköping. He is mainly known as a collaborator with the learned historian, Erik Gustaf Geijer, in the great collection of Swedish folk-songs,[1] Svenska folk-visor från forntiden, 3 vols (Stockholm, 1814-1817).[1]

He published also translations of the Poetic Edda and Hervarar saga, and a history of Sweden to Charles XII (of which a German translation was published in 1842), as well as original poems.