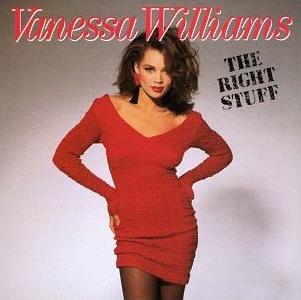 "The Right Stuff" is the debut album of released in 1988. The albums and its singles were well received by both the Urban and Pop markets. Includes the hit singles, "The Right Stuff", "(He's Got) The Look", "Dreamin'" and "Darlin' I." The album eventually went gold for sales over 500,000 and earned her three nominations.