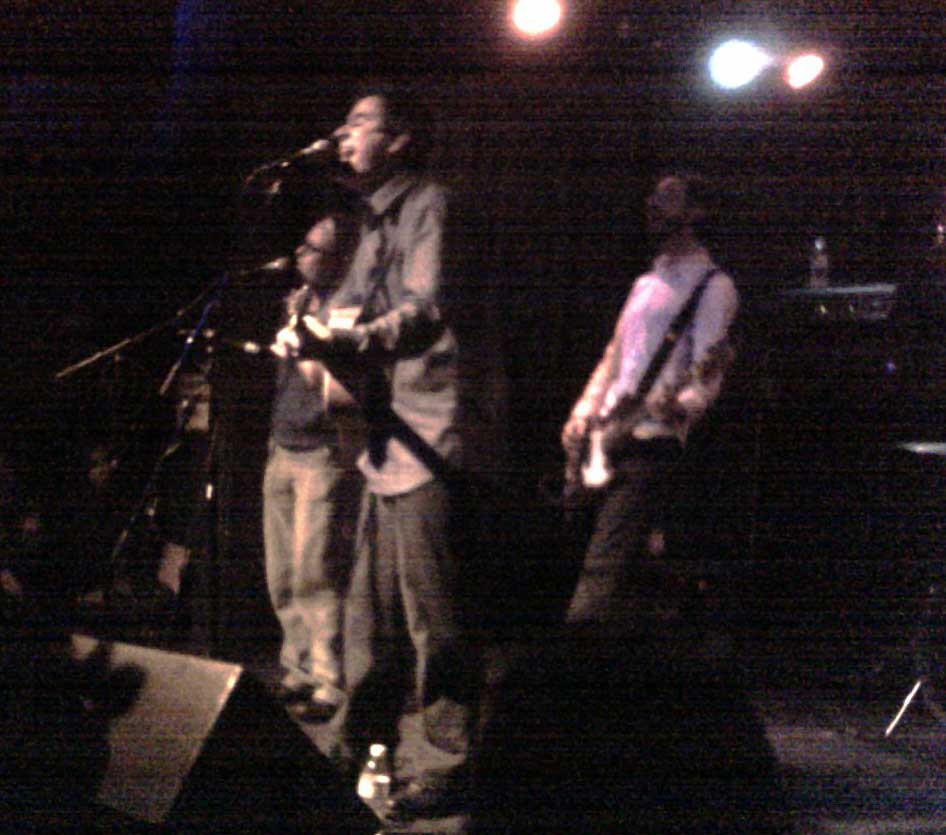 The Mountain Goats is a band led by American .

In 1991, Darnielle began performing under the name The Mountain Goats in , where he attended and worked as a psychiatric nurse. The band's name is a reference to the song "Yellow Coat". Darnielle released his first album, "", on . Many of his first recordings and performances featured Darnielle accompanied by members of the all-girl reggae band The Casual Girls, who became known as The Bright Mountain Choir. One of this group's members, , continued to accompany Darnielle on bass, both live and in studio, until 1995.

The first five years of the Mountain Goats' career saw a prolific output of songs on cassette, vinyl and CD. These releases spanned multiple labels and countries of origin; many were unavailable to the majority of fans until recent reissues.

The focus of the Mountain Goats project was the urgency of writing (Brown, "Sermon on the Mount", June, 1999.). If a song weren’t recorded adequately to tape within days of being written it was often forgotten.

Darnielle graduated from Pitzer College in 1995. Most of what could be considered classic Mountain Goats conventions (boom-box recording, song series, Latin quotes, and mythological themes) were abandoned in favor of a more thematically focused and experimental sound. This period was marked by Darnielle's collaborations with other artists including and .

2002 saw the release of two Mountain Goats albums: "" and "Tallahassee". These albums mark a distinct change in focus for the Mountain Goats project, being the first in a series of concept albums that explore aspects of The Mountain Goats' canon in depth. "All Hail West Texas" featured the resurrection of Darnielle's early boom box recording for a complete album. Darnielle considers this album to be the culmination of his lo-fi recording style. "Tallahassee", recorded with a band and in a studio, explores the relationship of a couple whose lives were the subject of the song cycle known as the Alpha Series (see Alpha Series below for a full list of songs in this cycle).

"Martial Arts Weekend", also released in 2002 under the band name The Extra Glenns, is a collaboration with on several previously unreleased Mountain Goats songs. Since that recording, Bruno has joined Darnielle in the studio along with bassist Peter Hughes, who is the second official member of the band and accompanies Darnielle on tour. These three musicians form what may be considered the Mountain Goats studio band.

In 2004, the Mountain Goats released "". The album marked a couple of changes for the Mountain Goats. It was the first time Darnielle worked with producer and the first album of directly autobiographical material. "We Shall All Be Healed" chronicles Darnielle's life with a group of friends and acquaintances addicted to in , though the album is set in .

In 2005, the Mountain Goats released their second Vanderslice-produced album, "". Again autobiographical, Darnielle tackles the subject of his early childhood spent with an abusive stepfather. Darnielle had previously dealt with this subject in what he often refers to as the only autobiographical song he had written before 2004, the unreleased song "You're in Maya."

In 2006, the Mountain Goats issued "", which was produced by , a man perhaps best known for his engineering work with Vanderslice on various projects, including prior Mountain Goats records. In 2007, played drums on the last leg of the "Get Lonely" tour.

In 2007, the band recorded tracks for its next album at Prairie Sun studios. [ [http://www.aversion.com/news/news_article.cfm?news_id=9022 Mountain Goats Hatch Studio Plans - Aversion.com] ] Entitled "", the album was released on , .

On , , Darnielle posted on the band's website that their Australian tour would be canceled due to "personal health reasons". [ [http://www.mountain-goats.com/archives/2008/03/australian-tour.html Australian Tour Canceled] ]

Darnielle is featured on Aesop Rock's song "Coffee" from the 2007 album "None Shall Pass". Aesop Rock also released a remix of the track "Lovecraft in Brooklyn" from the album "".

Scattered among the releases are song series: thematically interconnected ruminations on a single theme. Each EP and album is a project to be understood alone and as a part of an interrelated whole. Releases would often contain quotes, mostly in Latin, that gave hints to the theme of the piece.

Songs in this category concern the same fictional couple, described as a heterosexual lower-middle-class man and woman who originally loved each other genuinely, and held generally ordinary concerns for one another's well-being, but whose relationship has degraded for a variety of reasons, most often a series of fights or drug and/or alcohol abuse, possibly both. Whatever the causes for their current situation, their love has not so much died as warped into the sincere, all-consuming desire of each of them to see the other drink themselves to death; thus, to facilitate this "walk down to the bottom", as described in the liner notes, the couple keep whatever liquor they can afford on hand for each other and stay together.

The album Tallahassee, being entirely about the Alpha couple, begins with the pair buying a run-down house in the eponymous capital of Florida, follows their degradation, and ends with a vision of the house and both of them being consumed in flames. Other songs not found on Tallahassee, however, usually named "Alpha" in part to signify that they're about the couple, deal with similar situations, if not the same situation. The songs below, not found on Tallahassee, fit into the series:

The 44 songs in this category are generally about needing to get out of a place and/or thinking life will magically improve by moving somewhere new. The characters are not the same from song to song. The songs contained in the "Going To..." series are as follows:

The title of this series comes from a book by in which the sun is repeatedly described as an "orange ball". The songs contained in the "Orange Ball" series are as follows:

("feathered serpent" or "plumed serpent") is the Nahuatl name for the Feathered-Serpent deity of ancient Mesoamerica, one of the main gods of many Mexican and northern Central American civilizations and also the name given to some Toltec rulers, the most famous being Topiltzin Ce Acatl Quetzalcoatl. The songs included in the Quetzalcoatl series are as follows: