Tribuna of the Uffizi (painting)

Tribuna of the Uffizi (painting) 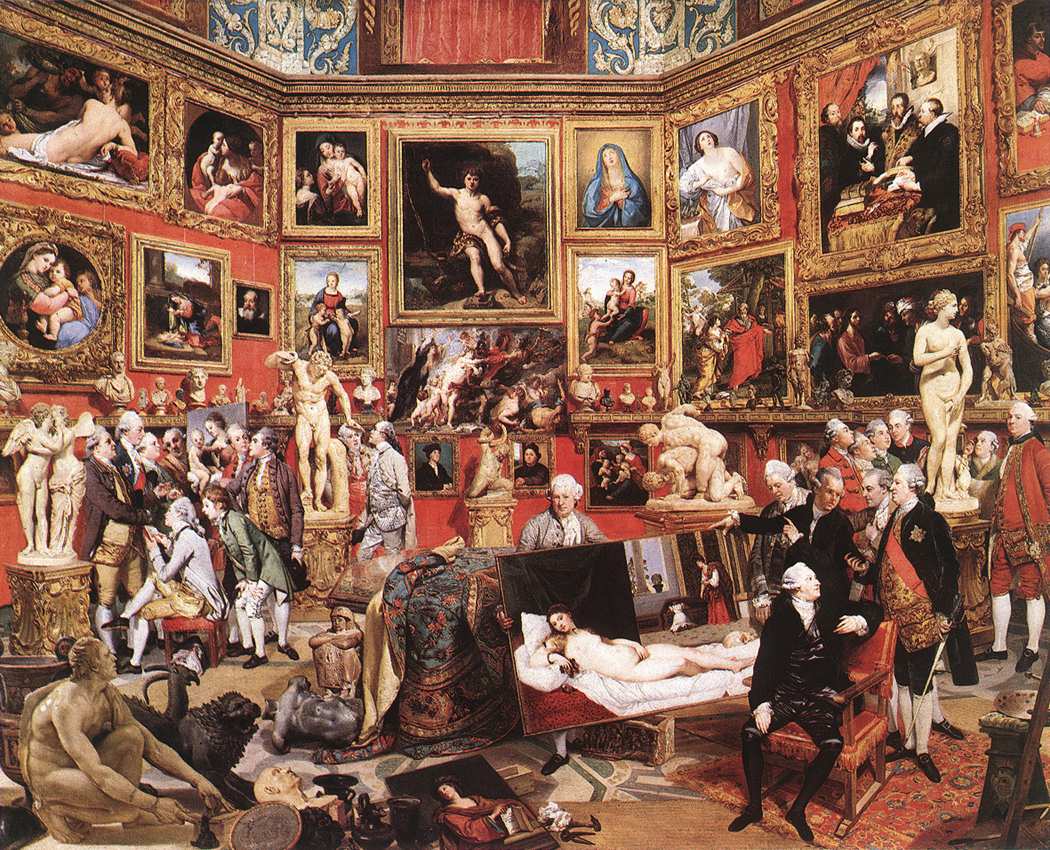 In the summer of 1772 Zoffany left London for Florence with a commission from to paint ‘the Florence Gallery’. (Neither she nor her husband George III ever visited Italy in person.) Still working on the painting late in 1777, he only finally returned to England in 1779.

Zoffany has varied the arrangement of the artworks and introduced others from elsewhere in the Medici collection. He gained special privileges, with the help of George, 3rd Earl Cowper (1738-80), and Sir (1706-86), such as having seven paintings, including Raphael’s Madonna della Sedia, temporarily brought in from from the Pitti Palace so that he could paint them in situ in the Tribuna. In thanks Zoffany included a portrait of Cowper looking at his recent acquisition, Raphael's (Cowper hoped to sell it on to George III - it is now in the Washington ), with Zoffany holding it (to the left of the Dancing Faun).

The unframed "Samian Sibyl" on the floor was acquired for the Medici collection in 1777 - it was a workshop copy of the pendant to ’s "Libyan Sibyl", recently bought by George III, and may be intended as a compliment to him.

All the connoisseurs, diplomats and visitors to Florence portrayed are identifiable, making the painting a combination of the British eighteenth-century or informal group portrait genre, with that of the predominantly Flemish seventeenth-century tradition of gallery views and s. However, this inclusion of so many recognisable portraits led to criticism at the time by Zoffany's royal patrons, and by Horace Walpole, who called it ‘a flock of travelling boys, and one does not know nor care whom’.)