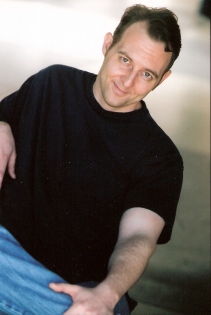 Walter Wykes (born October 30, 1969) is an American and . A graduate of the MFA playwriting program at the , he has had over thirty plays produced across the United States and internationally. Four times he has received the 's Award for Excellence in Playwriting. ["Three Plays of the Absurd". Black Box Press (2006).]

Wykes is known for writing intense roles and dark subject matter. [Ken White, "Fast Workers: Festival Playwrights tell their stories in 10 minutes," "Las Vegas Review-Journal", 6 Mar. 1998.] The bulk of his dramatic work has an absurdist or surrealist bent, creating a dreamlike or nightmarish atmosphere that reflects the sometimes senseless nature of the world we inhabit.

* From June 1998 to February 2000, Wykes played the role of Ensign Thomas in "", an interactive show at the Las Vegas Hilton ["Neon: The Las Vegas Guide to Entertainment", Jan. 29-Feb. 4, 1999.] .
* He has appeared as an actor in numerous television commercials including spots for Burger King, Dunkin' Donuts, Helio, Best Western, Qwestdex, Long John Silver's, and Domino's Pizza.