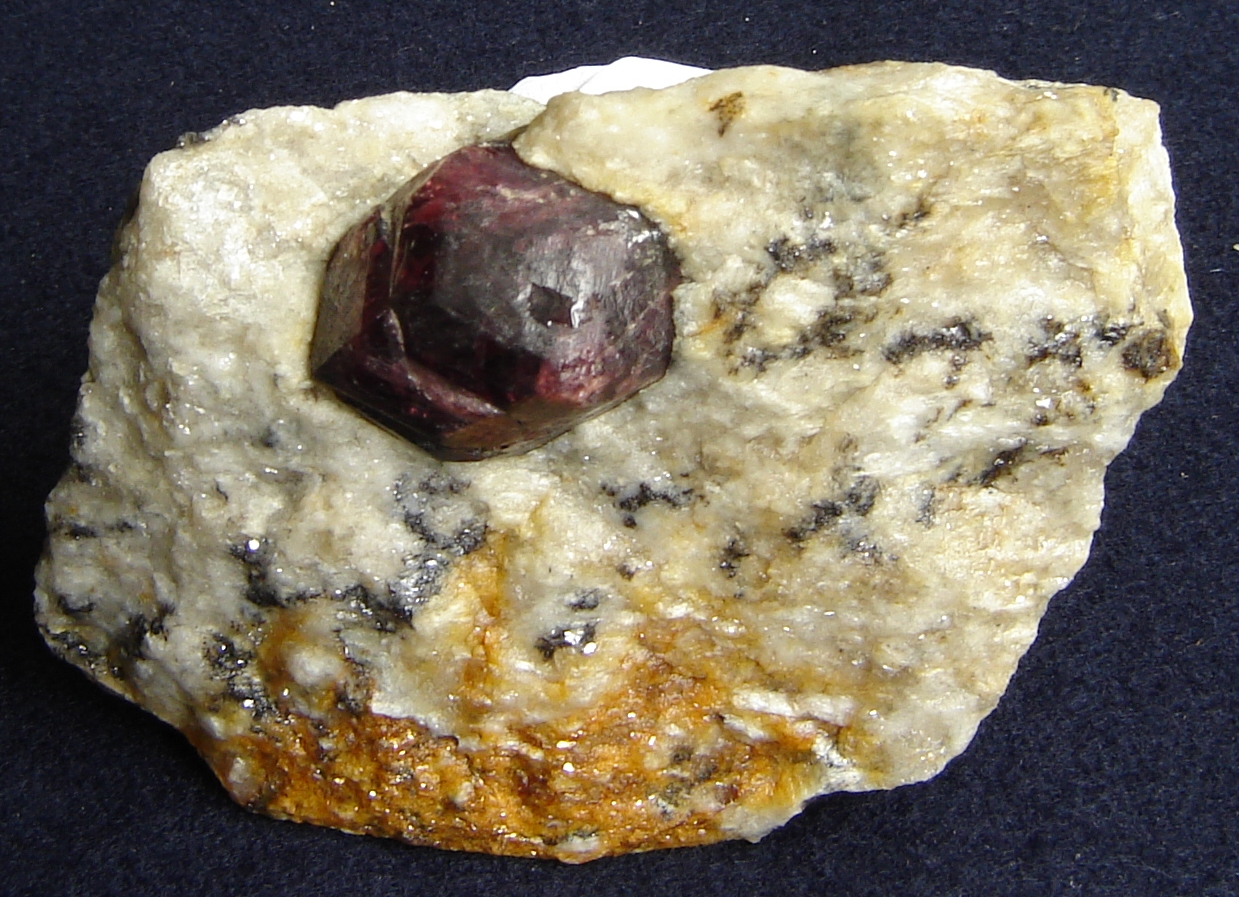 Almandine, also known incorrectly as almandite, is a species of mineral belonging to the Group. The name is a corruption of alabandicus, which is the name applied by to a stone found or worked at Alabanda, a town in Caria in . Almandine is an iron alumina garnet, of deep red color, inclining to purple. It is frequently cut with a convex face, or en , and is then known as carbuncle. Viewed through the spectroscope in a strong light, it generally shows three characteristic absorption bands. Almandine is one end-member of a mineral series, with the other end member being the garnet . The almandine crystal formula is: Fe3Al2(SiO4)3. substitutes for the with increasingly pyrope-rich composition.

Almandine occurs rather abundantly in the gem-gravels of , whence it has sometimes been called Ceylon-ruby. When the color inclines to a violet tint, the stone is often called Syrian garnet, a name said to be taken from Syriam, an ancient town of Pegu. Large deposits of fine almandine-garnets were found, some years ago, in the Northern Territory of , and were at first taken for rubies and thus they were known in trade for some time afterwards as Australian rubies.

Almandine is widely distributed. Fine rhombic occur in the ose rocks of the , in Tyrol, and are sometimes cut and polished. An almandine in which the ferrous oxide is replaced partly by magnesia is found at Luisenfeld in German East Africa. In the there are many localities which yield almandine. Fine crystals of almandine embedded in -schist occur near Fort Wrangell in . The coarse varieties of almandine are often crushed for use as an agent.