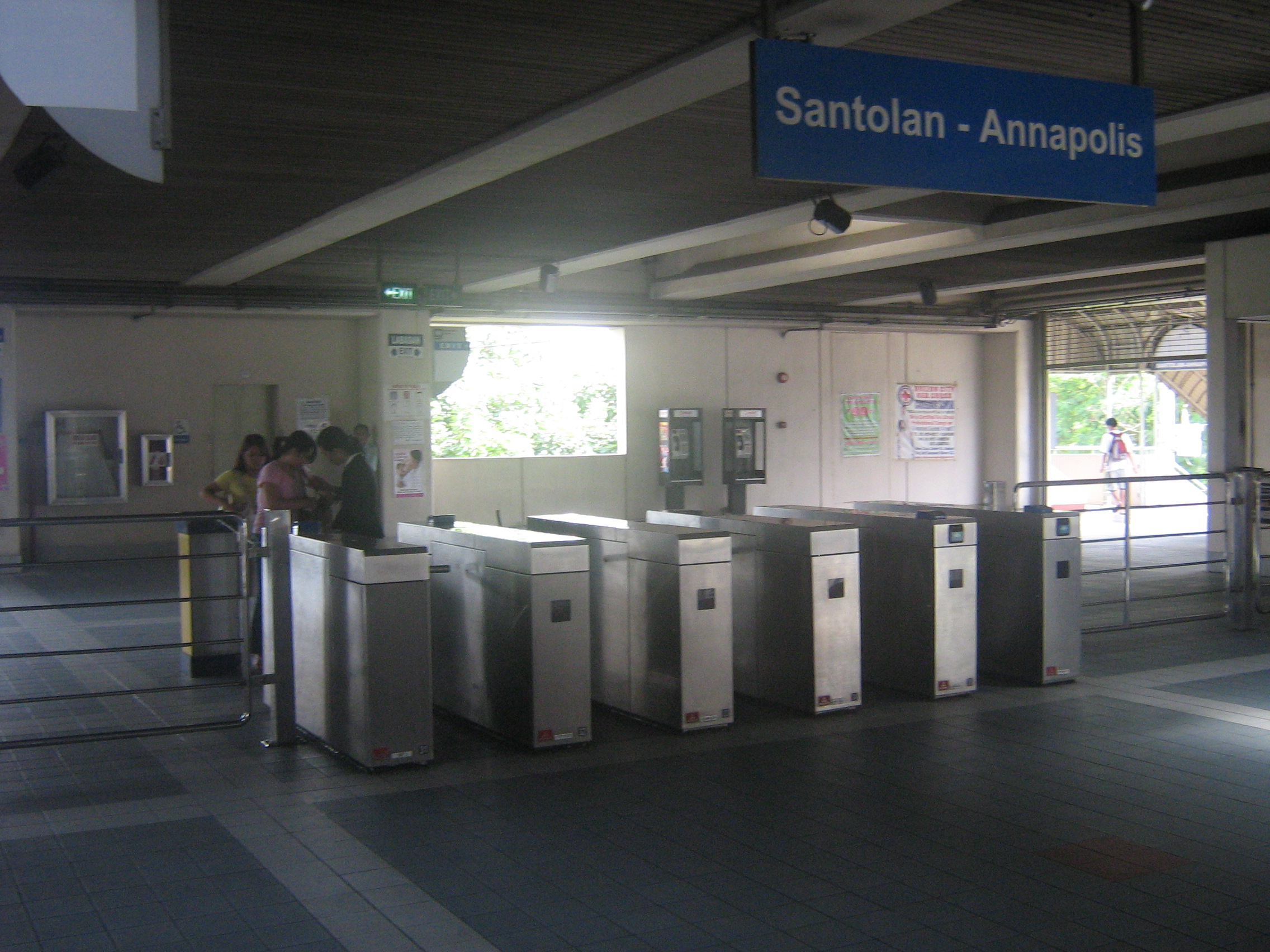 caption = Santolan MRT Station
location = Camp Crame,
operational = ,
lines = Blue Line
platforms = 2
In Manila, the Philippines, Santolan MRT Station, also known as Santolan-Annapolis MRT Station, is a station on the Manila MRT Blue Line (MRT-3). The station is the ninth station for passengers coming from Taft Avenue and the fifth station for passengers coming from North Avenue. The station is named after Santolan Road which is located in both and .

It is near the eastern San Juan-Quezon City boundary. It links to Annapolis Street and Santolan Road (which is officially known as Boni Serrano Avenue). Its nearest landmarks include , the 's main headquarters; , the ' main headquarters; V.V. Soliven Building; and AFPLSAI Building (inside Camp Aguinaldo. It is also the closest station to the and other malls in San Juan City.

Santolan MRT Station has many cycle rickshaws (near Camps Crame and Aguinaldo), , , and that serve the area and along .