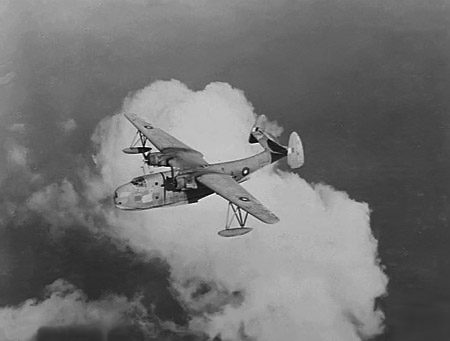 The Martin PBM Mariner was a of and the early period. It was designed to complement the in service. 1,366 were built, with the first example flying on 1939 and the type entering service in September 1940.

The aircraft was fitted with five gun turrets and bomb bays that were in the engine nacelles. The was of cantilever design, and featured clean aerodynamics with an unbraced . The PBM-1 was equipped with retractable wing landing floats that were hinged inboard, like the Catalina. The PBM-3 had fixed floats, and the fuselage was three feet longer than that of the PBM-1.

The British acquired 32 Mariners, but they were not used operationally. Some were returned to the , and twelve were transferred to the for transporting troops and cargo.

The Dutch Navy acquired seventeen PBM-5A Mariners at the end of 1955 for service in former Dutch New Guinea. The PBM-5A was an amphibian plane with retractable landing gear. The engines were 2100 hp Pratt & Whitney R-2800-34. After several incidents the Dutch scrapped the aircraft in January 1960.