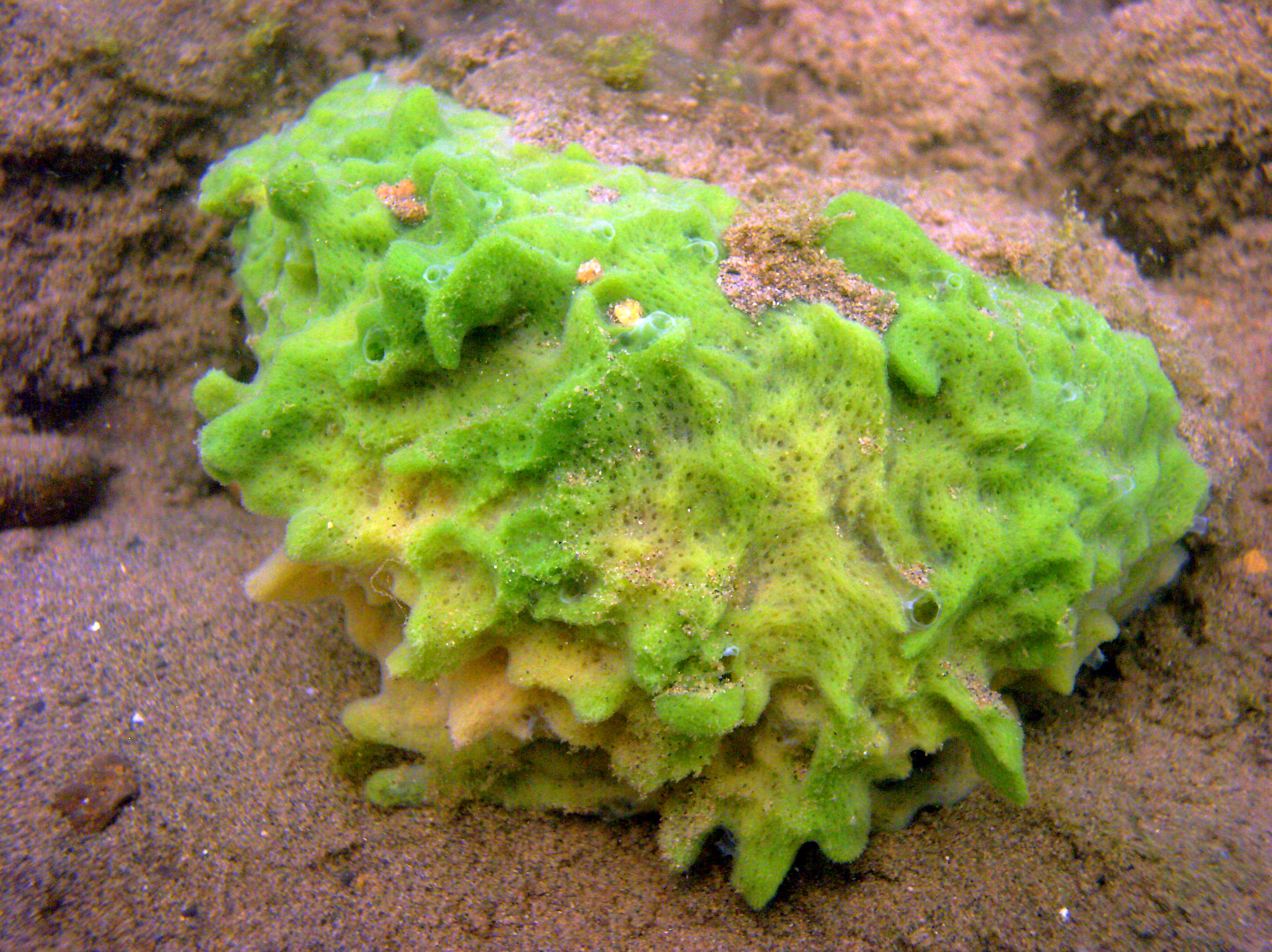 "Spongilla" is a genus of freshwater sponges found in lakes and slow streams. There are around twenty species of freshwater sponges, all occurring in this genus. Sponges of the genus "Spongilla" attach themselves to rocks and logs and filter the water for various small aquatic organisms such as , , and other free-floating pond life. Unlike marine sponges, fresh-water sponges are exposed to far more adverse and variable environmental conditions, and therefore they have developed as a means of dormancy. When exposed to excessively cold or otherwise harsh situations, the sponges form these gemmules, which are highly resistant "buds" that can live dormantly after the mother sponge has died. When conditions improve, the gemmules will "germinate" and a new sponge is born.