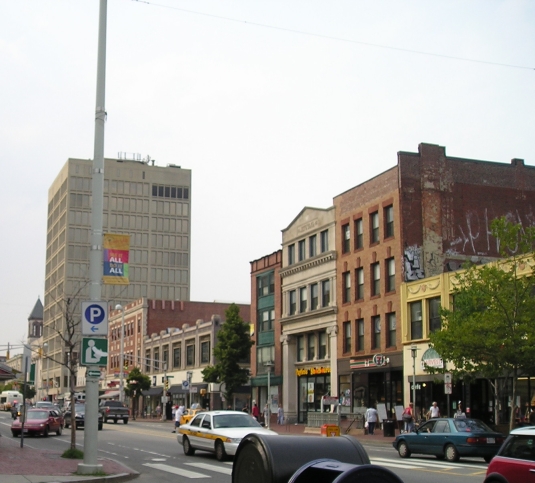 Central Square is known for its wide variety of ethnic restaurants, bars and live music and theatre venues. [Vicky Waltz, April 3, 2008, "Get to Know your Neighborhood: Central Square," BU Today, http://www.bu.edu/today/arts-entertainment/2008/04/02/get-know-your-neighborhood-central-square] It is gentrifying rapidly, and a number of upscale restaurants have opened in the Square. Many startups, including pharmaceutical, videogame and Internet companies, have moved research and office operations into the Square to take advantage of the proximity to , Boston medical resources and relatively low costs. [Kirsten Studlien, June 10, 1999, "The Square Deal," The Harvard Crimson, http://www.thecrimson.com/article.aspx?ref=97092] . Some critics have claimed that the recent changes have diminished the Square's edge, as some of the older Square businesses such as have closed. [Boston Uncovered, Boston.com, http://www.boston.com/ae/uncovered/eats/central_square/]

Central Square's history has been marked by several waves of immigration. The original population of the Square included people of Canadian and English ancestry. Between 1850 and 1890, the Square attracted many Irish immigrants, and in the late Nineteenth Century also became home to many others from throughout Europe. Later waves of immigration included people from the West Indies, South America and Africa. [Sarah Boyer, January 2003, Crossroads: Stories of Central Square, ISBN 0962007226]

Several Cambridge neighborhoods meet at Central Square. To the east, Area 4 lies on the north side of Massachusetts Avenue (aka "Mass Ave.") and on the south side between Massachusetts Avenue and the . Both of these neighborhoods were once known as The Port or Old Port region of Cambridge. The area to the west and northwest of Central Square is known as Mid-Cambridge.

Central Square is the seat of government in Cambridge - Cambridge City Hall, the Cambridge Police Department (which recently announced plans to move into a new building at 125 Sixth Street, near Kendall Square) and the main branch of the Cambridge Post Office are located in this area.

Central Square is also the original home of actor and, since 1927, the Necco factory, which recently relocated to Revere, Massachusetts. The old Necco factory building in Cambridge is now used for labs by .

Central Square is accessible by the MBTA Red Line subway branch by the station named Central. The intersection of Massachusetts Avenue and Brookline in front of The Middle East in Central Square is named in honor of the late musician , who often played there.

Central Square serves as the commercial center for the surrounding neighborhoods of , Riverside, Mid Cambridge, Area 4 and .

Famous people who have lived in Central Square