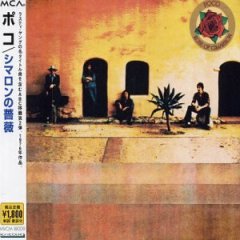 "Rose Of Cimarron" is the 11th album by the band . Former sax/fiddle player Al Garth steps in for a short period to cut this album, creating very strong, enjoyable, and (considered by some) under-appreciated music. A small but significant number of Poco fans find this to be the group's best album. The title track becomes a signature song for the group and is still a part of Poco's live repertoire.