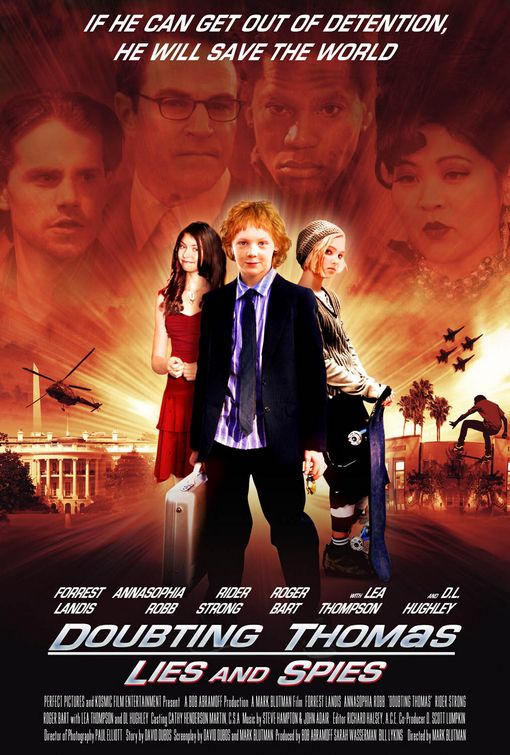 "Doubting Thomas" is an upcoming action-comedy 2008 film directed by Mark Blutman and starring and .

Thomas () is a 12-year-old boy who's known for telling outrageously tall tales until one day he overhears a plot to kidnap the President's daughter. When he goes public with the story, no one will believe him, so he is forced to save her with the help of his friend Jackie ().

The movie was filmed in at Highland High School and Bandelier Elementary School in November 2005. [ [http://ww2.aps.edu/cgi/displaypress2.cgi?462 Albuquerque Public Schools News Release] "Bandelier students are getting used to the spotlight. “Doubting Thomas,” a major motion picture, was filmed at the school in November. Many of the school’s students were extras in the film."]