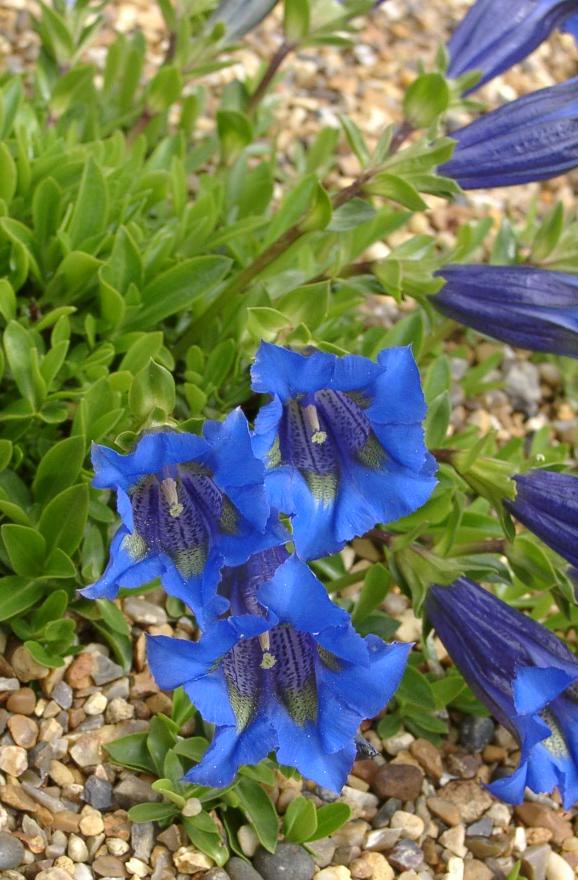 Gentianaceae, or the Gentian family, is a family of s of 87 genera and over 1500 species.

s are and bisexual with fused sepals and petals. The s are attached to the inside of the petals (epipetalous) and alternate with the corolla lobes. There is a glandular disk at the base of the gynoecium, and flowers have parietal placentation. The is cymose, with simple or complex s. The s are dehiscent septicidal capsules splitting into two halves, rarely some species have a . Seeds are small with copiously oily endosperms and a straight embryo. The habit varies from small s, pachycaul s to (usually) s, with ascending, erect or twining stems. Plants are usually rhizomatous. Leaves opposite, less often alternate or in some species whorled, simple in shape, with entire edges and bases ly attached to the stem. Stipules are absent. Plants usually accumulate bitter substances; bicollateral bundles are present. Ecologically, partial is common among species in this family.

Distribution is cosmopolitan. The family consists of trees, shrubs and herbs showing a wide range of colours and floral patterns.

Economically, some species are cultivated s and many species yield bitter principles used medicinally and in flavorings.

Some of these plants have limited ranges and are protected under governmental oversight. For example, Gentianella uliginosa (Dune Gentian), which occurs in some limited areas of and , is a priority species under the of the .