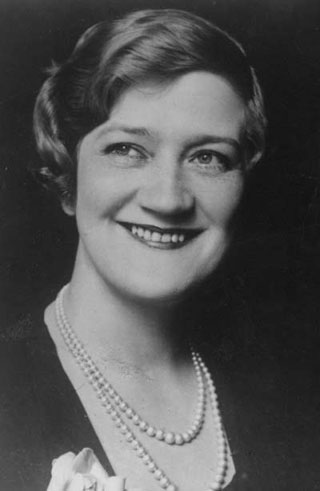 Bodil Ipsen (&ndash;) was a Danish actress and film director, and is considered one of the great stars of Danish cinematic history. [Piil, Morten, Danske Filmskuespillere, Gyldendal (2001), 558p, pg. 197] Her acting career, which began in theater and , was marked by leading roles in large folk comedies and melodramas. However, it was as a director that she was most influential: directing the first Danish [Jørholt, Eva, "100 Års Dansk Film", Rosinante, (2001) 445p, pg.130] and making several dark psychological thrillers during the 1940's and 50's. Ipsen's name along with that of is given to Denmark's most celebrated film prize, the .

Bodil Louise Jensen Ipsen was born on August 30 1889 in , . In 1908, after obtaining her high school diploma, Ipsen began studying at (Royal Danish Theatre) and made her stage debut there one year later. Her work on stage quickly received attention. Especially noted were her performances with Danish actor. [cite web| title = Bodil Ipsen| publisher =Grave Site| url = http://www.gravsted.dk/person.php?navn=bodilipsen| accessdate =2008-05-08 ] [Harv|Piil|2001|p=198] Throughout her career, Ipsen performed at the as well as the Dagmar Theater, The Folketeatret, and The Batty Nansen Theater. She also performed on stage in Sweden and Norway. Ipsen played almost 200 roles in the theater, the majority as lead actress, as well as 150 radio theater roles and four television parts. [Harv|Piil|2001|p=198]

In 1920, Ipsen made her film debut as a leading actress in "Lavinen," directed by her third husband, . She made films with Gregers in 1922 and 1923. Off and on, she acted in 12 films during her career. Her most noteworthy early performances were in big blustering comedies, such as the shrewish spinster Bollette in "" or the Countess Danner in Gregers' "".

After "Afsporet" Ipsen collaborated with on four more films. Their second film, "" (""), about the Nazi occupation of Denmark during World War II, received the 1946 Grand Prize at the . In 1950, Ipsen and Lauritzen again won acclaim for their film "" ("Paradise Cafe"). The harsh story about alcoholism is considered a masterpiece of Danish cinema, and for which Ipsen won her namesake award, the Bodil, named after her and fellow actress, . Two years later, Ipsen and Lauritzen again won the for "" ("The True Face"). [cite web | title = Bodil Ipsen | publisher = IMDb | url = http://akas.imdb.com/name/nm0409741/ | accessdate =2008-05-08 ]

Ipsen's steady career on stage was offset by a volatile personal life. She was married four times. Ipsen was married the first time in 1910 with the actor Jacob Texière, but the marriage was dissolved within the same year. Then, in 1914, she married civil engineer H.H.O. Moltke, and they divorced after three years. Her marriage in 1919 with film director lasted four years. Ipsen was married for a fourth time in 1932 to the journalist Ejnar Black. They remained together for 17 years until Black's death in 1949. After Black's death, Ipsen isolated herself outside of work, preferring the company of her assistant and housekeeper, Stella Jensen. [Harv|Piil|2001|p=199] cquote|I discovered living together with (Bodil Ipsen) the last ten years of her life a person of infinite talents. A generosity that really knew no limits as well as a noticeable and strange distrust of people, who otherwise she would have been close to.|30px|30px|Stella Jensen|describing Bodil Ipsen after her death in 1964 [Harv|Piil|2001|p=199]