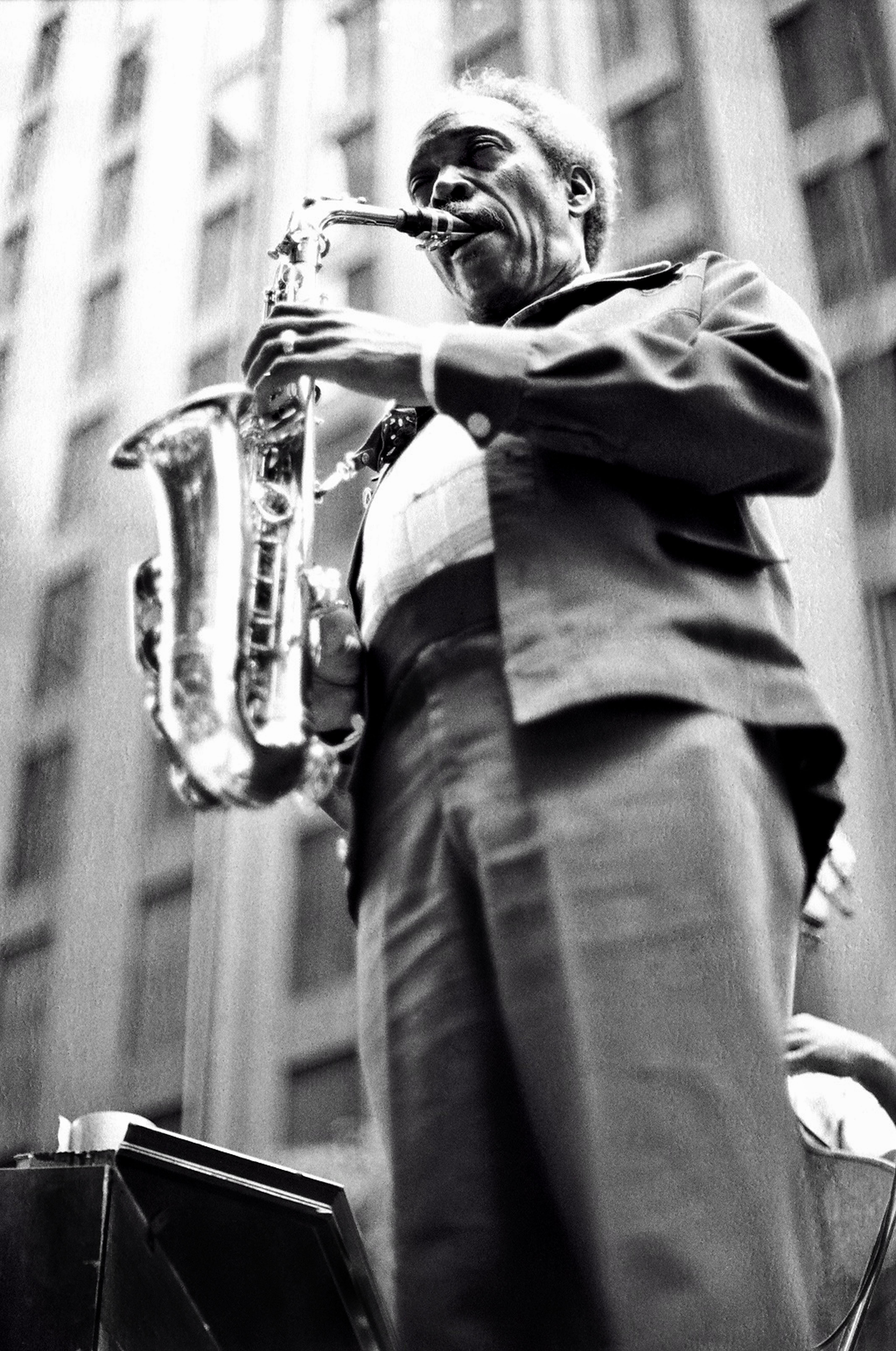 Stitt was born in , , and grew up in Saginaw, . Stitt had a musical background; his father was a college music professor, his brother was a classically trained pianist, and his mother was a piano teacher. In 1943 Stitt first met , and as he often later recalled, the two men found that their styles had an extraordinary similarity that was partly coincidental and not merely due to Stitt's emulation. Stitt's earliest recordings were made in 1945 with and . He had also experienced playing in some swing bands, though he mainly played in bands. Stitt featured in 's big band in the early forties. Stitt replaced Charlie Parker in Dizzy Gillespie's band in 1945.

Stitt played alto saxophone in 's alongside future bop pioneers and from 1945 until 1949, when he started to play tenor saxophone more frequently. Later on, he notably played with and . Stitt spent time in a Lexington prison between 1948–49 for selling narcotics.

Stitt, when playing tenor saxophone, seemed to break free from some of the criticism that he was imitating 's style, although it appears in the instance with Ammons above that the availability of the larger instrument was a factor. When alto saxophonist was criticised for playing too similar to Parker once by a jazz writer he retorted: "you try imitating Charlie Parker!" Indeed, Stitt began to develop a far more distinctive sound on tenor. He played with other bop musicians and , a fellow tenor with a distinctly tough tone in comparison to Stitt, in the 1950s and recorded a number of sides for label as well as albums for Argo, Verve and Roost. Stitt experimented with in the late 1950s, and the results can be heard on his recordings for Roost and Verve, on which he teamed up with and for Latin versions of such standards as "Autumn Leaves."

Stitt joined briefly in 1960, and recordings with Davis' quintet can be found only in live settings on the tour of 1960. Concerts in Manchester and Paris are available commercially and also a number of concerts (which include sets by the earlier quintet with ) on the record "Live at Stockholm" (Dragon), all of which featured , and . However, Miles fired Stitt due to the excessive drinking habit he had developed, and replaced him with fellow tenor saxophonist . Stitt, later in the 1960s paid homage to one of his main influences, Charlie Parker, on the album "Stitt Plays Bird", which features Jim Hall on guitar and at Newport in 1964 with other bebop players including .

He recorded a number of memorable records with his friend and fellow saxophonist , interrupted by Ammons' own imprisonment for narcotics possession. The records recorded by these two saxophonists are regarded by many as some of both Ammons and Stitt's best work, thus the Ammons/Stitt partnership went down in posterity as one of the best duelling partnerships in jazz, alongside & , and with . Stitt would venture into , and he recorded with fellow tenor saxophonist in 1964 on the "Soul People" album. Stitt would also record with alumnus during the 1960s. Around that time he also appeared regularly at in London, a live 1964 recording with , "The Night Has A Thousand Eyes", would eventually be released, and another in 1966 with resident guitarist and British tenor saxophonist .

In the 1970s, Stitt slowed his recording output slightly, and in 1972, he produced another classic, "Tune Up", which was and still is regarded by many jazz critics, such as , as his definitive record. Indeed, his fiery and ebullient soloing was quite reminiscent of his earlier playing. Stitt was one of the first jazz musicians to experiment with an electric saxophone (the instrument was called a ), as heard on the album "Just The Way It Was - Live At The Left Bank", recorded in 1971 and released in 2000.

Stitt, joining the (which included , and ) on some albums for the label, and recording sessions for and other labels. His last recordings were made in Japan. Sadly, in 1982 Stitt suffered a heart attack, and he died on .