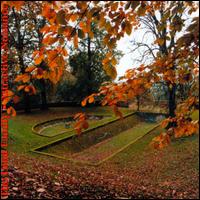 The Loud Family's fifth full length album, featuring the same line-up as on 1998's "". At the time of its release, it was announced as the final Loud Family album. In fact, the title of the last song, "The Motion of Ariel," is a reference to 's last play, "".

The title of the album refers to a legal concept: specifically, an "attractive nuisance" is something dangerous that is likely to be attractive, especially to children, and so is likely to entice them into a hazardous situation. In fact, the cover image - which looks rather like a swimming pool drained of water (instead, it's full of leaves) - depicts an "attractive nuisance."

All songs written by

From the CD sleeve...