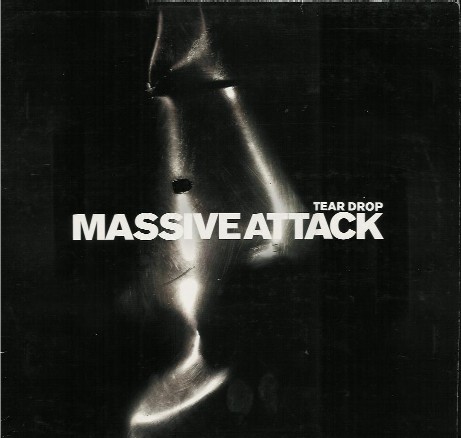 "Teardrop" is a song by which was first released on their 1998 album "Mezzanine". It was released as a single on , . The song became another UK hit for the group, peaking at number 10 on the .

The original version of the song features vocals by (of the ). Fraser's vocal part was recorded just after she was given the news that , with whom she had a close personal relationship, was missing in the Wolf River of Memphis, Tennessee.Fact|date=August 2008

The 12" release contains the same songs but in a different order. The cassette release contains an edited version of the original song, as well as the Scream Team remix and the "Euro Zero Zero", but is missing the remix by Mad Professor Mazaruni.

* A combination of non-vocal portions of "Teardrop" serve as the for the American broadcasts of "House", a medical television series. The song opens with a bass drum beat that is reminiscent of a , lending itself easily to the show's medical theme. In addition, during the finale of season 4, "", a cover by was used as background music during a short montage.
* It has been used in the background of the 4th series of the X Factor (UK).
* It is frequently used as background music on the radio show , on , and , as well as other local radio stations in the UK.
* The song was used in a television commercial for the
* The song is also featured on the first episode of Damaged when introducing the character Michael played by Isaak Wells
* The song was also used in episode 16 of the TV series .
* This song was used in an TV commercial promoting blood donations.
* The song was also used in the penultimate episode of (Season One).
* The Ottawa Senators of the NHL used the song in their opening theme video for the 2006-07 season.
* It was also featured in a flashback intro to Cold Case, in a episode where Det. Vera reminisces about a murder victim from his past.
*The instrumental beginning and end of the song were used in the CSI Miami/CSI NY crossover episode that launched the CSI NY series.
*The song was used in 's part of the skateboarding film .
*It was also used in the David Blaine Drowned Alive special's promo.

, a group featuring noteworthy members and of , recorded a cover of the song for their 2007 release "Plastic Bag in the Tree."

Incubus performs a cover of this song at their concerts.

The British band Elbow did a live cover of the song for the BBC Radio 1 Live Lounge, and a recorded version is also featured as a track on their CD single for "Not A Job" (released February 23, 2004).

The Singer/Songwriter/Guitarist covered the song on his album . Faulkner's version charted at #60 on downloads in . It was released as an official single on 2007. The version of the album available from the Australian Music Store also incorporates an acoustic version. [ [http://phobos.apple.com/WebObjects/MZStore.woa/wa/viewAlbum?i=270026072&id=270026066&s=143460 Newton Faulkner - Teardrop (Acoustic Version), Australian iTunes Music Store.] ]

This song was sampled for the track "Kneight Riduz Wuz Here" on 's solo album , which was released August 28, 2001.


"Teardrop" is a single from 's second album "". The single was released across Europe on , . The single features the non-album instrumental B-side "Four Forks Ache."The track was used in the season finale of "House" titled "" on May 19, 2008.