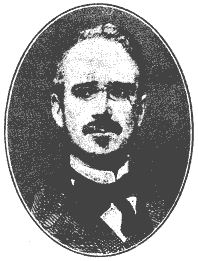 Born in (), in 1808 Rattazzi was sent to the chamber of deputies in Turin as representative of his native town. By his debating powers he contributed to the defeat of the ministry, and for a short time held the portfolio of public instruction; afterwards, in the Gioberti cabinet, he became minister of the interior, and on the retirement of the last-named in 1849 he became practically the head of the government. The defeat at Novara compelled the resignation of Rattazzi in March 1849.

His election as president of the chamber in 1852 was one of the earliest results of the so-called "connubio" with Cavour, i. e. the union of the moderate men of the Right and of the Left; and having become minister of justice in 1853 he carried a number of measures of reform, including that for the suppression of certain of the monastic orders. During a momentary reaction of public opinion he resigned office in 1858, but again entered the cabinet under La Marmora in 1859 as minister of the interior.

In consequence of the negotiations for the cession of Nice and Savoy he again retired in January 1860. He was entrusted with the formation of a new ministry in March 1862, but in consequence of his policy of repression towards Garibaldi at he was driven from office in the following December. He was again prime minister in 1867, from April to October. He died at Frosinone on the 5th of June 1873.

His wife, , whom he married in 1863, was a remarkable woman. She was the daughter of Sir Thomas Wyse, British at , and Laetitia Bonaparte, niece of Born in Ireland in 1833, she was educated in , and in 1848 married a rich Alsatian named Solms; but the prince-president refused to recognize her, and in 1852 she was expelled from Paris. Her husband died soon after; and calling herself the Princesse Marie de Solms, she spent her time in various fashionable places and dabbled in literature, and being prominent in her court of admirers. She published "Les Chants de l'exil" (1859) and some novels. After Rattazzi's death, she married (1877) a Spaniard named Rute; she died in February 1902.