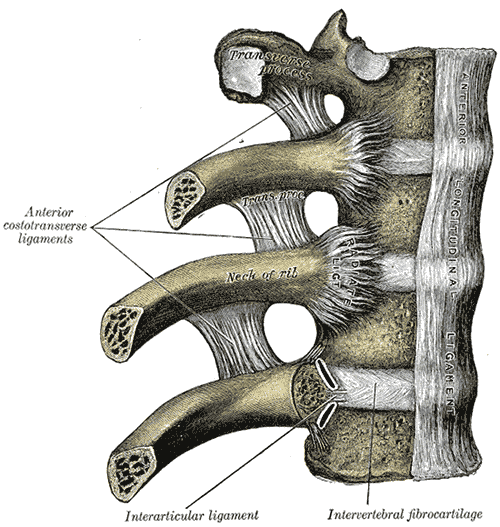 It consists of a short band of fibers, flattened from above downward, attached by one extremity to the crest separating the two on the head of the , and by the other to the ; it divides the joint into two cavities.

In the joints of the first, tenth, eleventh, and s, the interarticular ligament does not exist; consequently, there is but one cavity in each of these articulations.

This ligament is the of the present in some , and uniting the heads of opposite ribs, across the back of the intervertebral fibrocartilage.