"After Dark Horrorfest" (a.k.a. "8 Films to Die For") is an annual horror featuring eight independent horror movies, sometimes with "secret" bonus films, all distributed by in the USA. The first HorrorFest was held in 2006.Infobox Film Festival
name = After Dark Horrorfest III 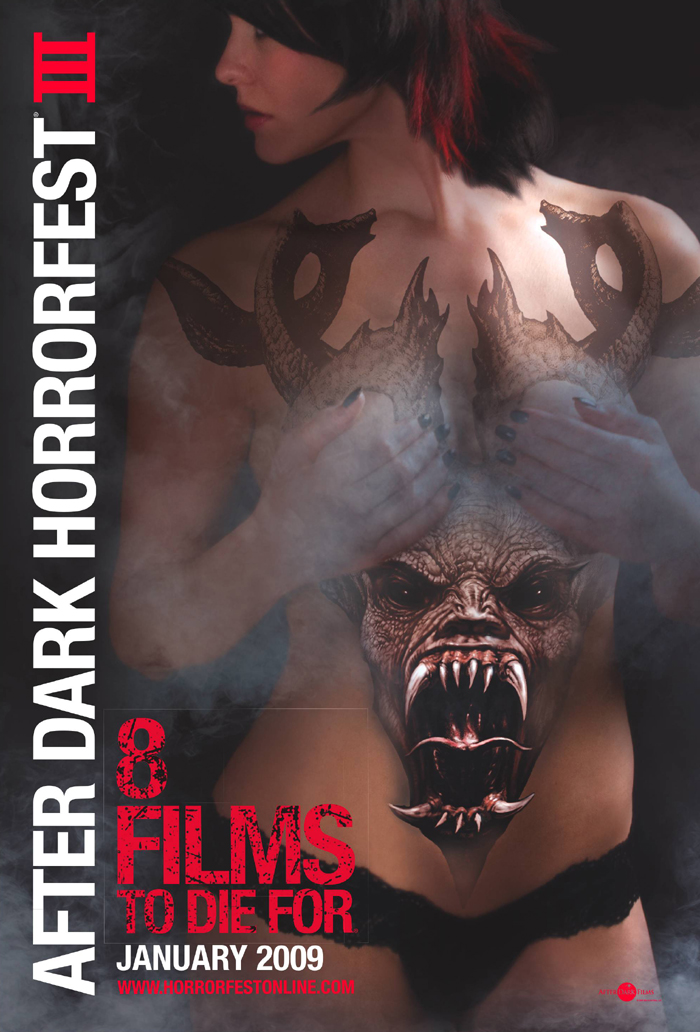 After Dark's HorrorFest for 2008 has been scheduled for January 9th through January 15th 2009.

The titles of seven of the HorrorFest III Films have been announced:;"":A young woman is surprised to see what looks like herself, drive by one day. She follows the woman, which sets off a chain of events which leads her into a haunting, nightmare reality. [cite web | title="Broken" Joins Horrorfest |url= http://www.scifi.com/scifiwire/index.php?category=0&id=54490 | publisher=SciFi.com |date= |accessdate=2008-05-29 ] ;" Faithless" (aka "Slaughter"):A young woman returns to her family farm in the hope of escaping an abusive situation. Unfortunately, this safe place ends up being much more abusive than her previous one.;"":Robert Perkins brainwashes 14 people, in order to create an army that will defend him from his parents' killers.

will produce and distribute both "Faithless" and "Perkins' 14", making these the first films that the company has produced and then released as part of the 8 Films to Die For. [cite news |first= Tatiana |last= Siegel |title=After Dark to Produce Scare Pair |url=http://www.variety.com/article/VR1117985254.html?categoryid=13&cs=1 |publisher=Variety.com |date= |accessdate=2008-05-29 ] 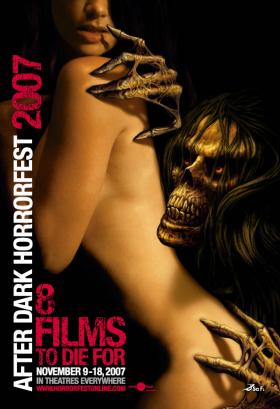 caption = "8 Films to Die For" promotional posterHorrorFest 2007 took place from November 9 to November 18, 2007 in over 350 theatres across America. The 2007 festival's trailer stated "Horror - a genre of motion picture intended to thrill viewers by provoking fear or revulsion through the depiction of grotesque, violent, or supernatural events." As with the previous year, tickets were available to be purchased individually online or at local theater box offices. An all-access pass, which included guaranteed seating and a goodie bag, was sold through the festival's website until October 31st.

The eight films shown during this festival were:;" Borderland":Phil and his two college buddies road-trip down to a Mexican border town to celebrate their college graduation. While there, they run into a cult looking for human sacrifice and their weekend becomes a bloody test of survival. [cite news |first= |last= |title="Borderland (HorrorFest)" in HorrorFest 2 |url=http://www.bloody-disgusting.com/film/832 |work= |publisher= |date= |accessdate=2007-10-14 ] ;"Crazy Eights":After a mutual childhood friend dies, six friends reunite for the funeral. While there, they find a map to unearth a time capsule. They go on a hunt for this time capsule, but discover something else as well: the remains of a dead child.;"":Ian Stone is trapped in a constant cycle of dying every night, only to wake up with a different life.

Mistress Malice (aka Melissa Jones) was chosen as Miss HorrorFest 2007. [cite web | url=http://www.moviesonline.ca/movienews_13393.html | title=Miss Horrorfest 2007 Is... | publisher=Moviesonline.ca] In 2008, she joined the cast of , which will be shown as part of Horrorfest III. [cite web | url=http://www.bloody-disgusting.com/news/13555 | title=Latest Casting for 3rd Butterfly Effect | publisher=Bloody-Disgusting.com] 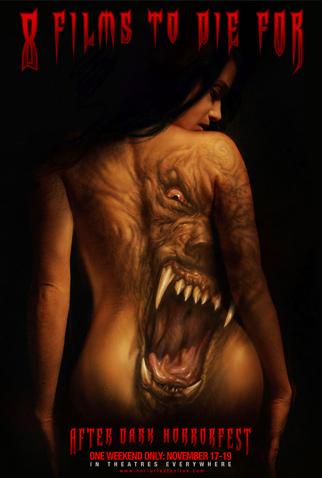 caption = "8 Films to Die For" promotional posterHorrorFest 2006 took place from November 9 to November 11, 2006 in over 500 theaters in 35 American cities. Tickets were available to be purchased individually, either through the festival's website or through local theater box offices. The 2006 films' trailer stated "the content of these films are considered too graphic, too disturbing, and too shocking for general audiences."

The movies shown during the course of the festival were:;"The Abandoned":A film producer who was adopted as a baby and sent to America returns to her native Russia and the family farm. Once there, strange things begin to happen. ::After completion of the festival, this film was re-released to general theatres on February 23, 2007, due to being named the Fan Favorite.;"Dark Ride":Ten years after he brutally murdered two girls, a killer escapes from a mental institution and returns to his turf, the theme park attraction called "Dark Ride". ;"":A group of friends' lives are invaded by a trio of hostile ghosts after they engage in a drunken bout of gravedancing during a wake for an old chum. ;"":A picture-perfect American family is always kind, loving and respectful to their neighbors… except that they usually wind up killing them. ;"Penny Dreadful":A young girl and her therapist take a road trip to help her overcome her phobia of riding in cars. This trip turns deadly as an escaped mental patient starts a new spree of killings. ;"Reincarnation":A film crew recreates a gruesome mass murder at a hotel only to find themselves suffer fates they are acting out in the film. ;"Unrest":A med student collapses upon sensing a "presence" about her cadaver. Her fears are strengthened by the mysterious death of a friend. She must discover the connection before an angry spirit can wreak further vengeance.;"":Recently widowed Karen Tunny and her two daughters, Sarah and Emma, move to a remote mountain home which Karen has inherited from the family of her late husband. However, she is unaware that the home is situated near an old mine, the site of an early 20th century tragedy in which many children were buried alive.

Two bonus films were also added to the festival, to be shown after the first lineup of eight films had completed showing.;"Snoop Dogg's Hood of Horror":The Hound of Hell (Snoop Dogg) narrates a trilogy of films, all involving the actions of a group of inner-city residents, and how those actions will affect where they go in the afterlife. [cite web | url=http://www.imdb.com/title/tt0475298/ | title=Hood of Horror | publisher=IMDB.com] ;"":A serial killer obsessed with Ronald Reagan hunts a group of hippies on their way to a concert. [cite web | url=http://www.imdb.com/title/tt0760187/ | title=The Tripper | publisher=IMDB.com]

On Thursday, November 16, 2006, Dark Delicacies, a horror-themed bookstore in hosted a signing event with about 30 filmmakers and talents from the movies. [ [http://www.dreadcentral.com/index.php?name=News&file=article&sid=848 Pre-HorrorFest Celebration article] at Dread Central]