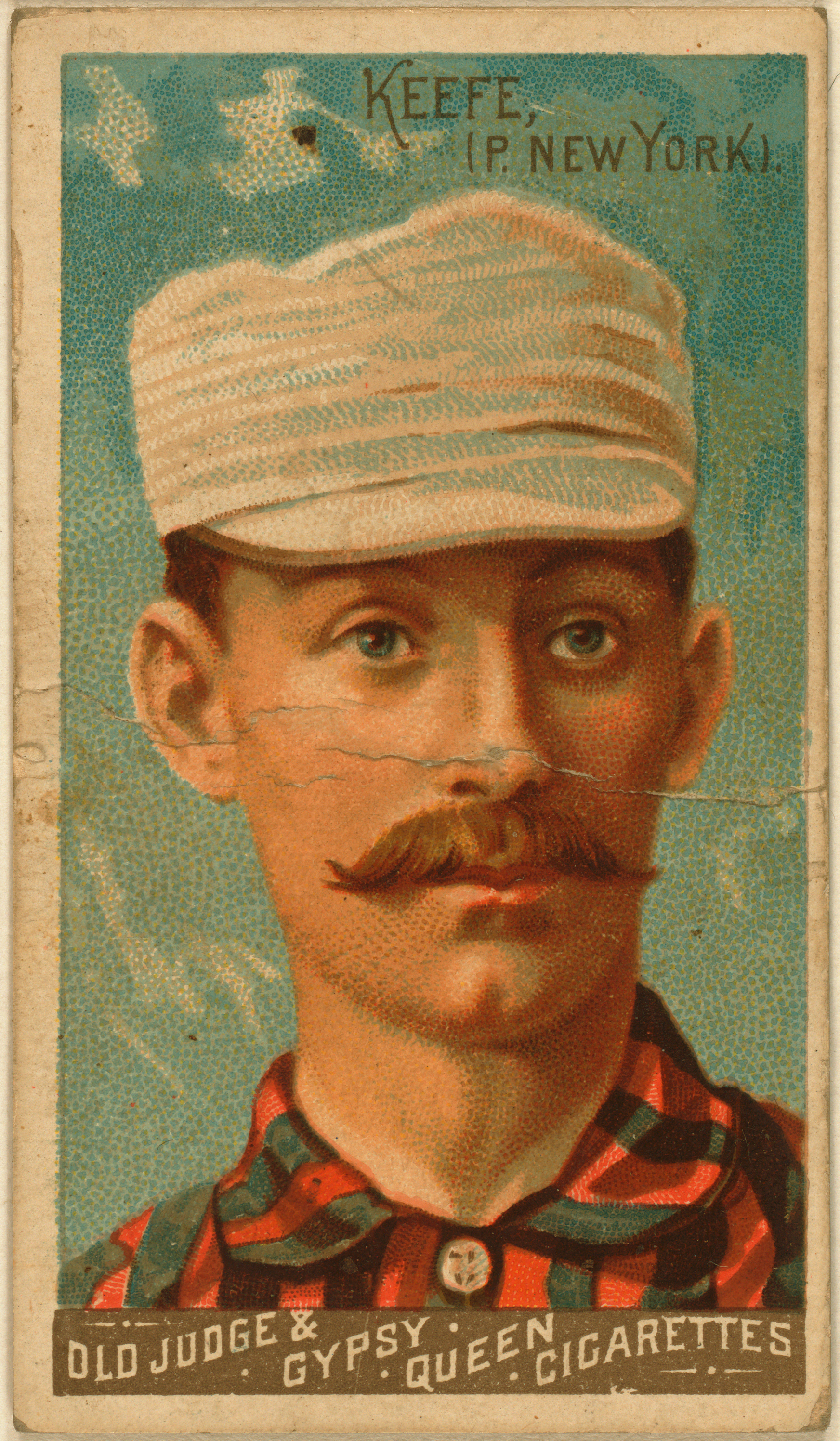 Timothy John "Tim" Keefe ( &ndash; ) was an American pitcher in .

Keefe entered the major leagues in 1880 with the Troy Trojans. He immediately established himself as a talented pitcher, posting an astounding 0.86 ERA in 105 innings pitched, a record that still stands to this day (he also posted the lowest in baseball history in 1880). Keefe rose to stardom in 1883 with the when he had one of the most dominating seasons in baseball's early history. He went 41-27 over 619 with a 2.41 ERA and 361 strikeouts. In 1885 Keefe moved to the , with whom he had arguably his greatest season in 1888, when he led the league with a 35-12 record, 1.74 ERA and 335 strikeouts (see triple crown).

Keefe moved to the mid-season 1891 and retired after the 1893 season. He retired with 342 wins (8th overall), a 2.62 ERA, and 2562 strikeouts. His 2562 strikeouts were a major league record at the time of his retirement. He was also the first pitcher to achieve three 300-plus strikeout seasons. Interestingly, he still holds the record for having a win in the most ballparks, 47. Current hurler has a chance at reaching that record from where he now stands at 41.

Keefe was inducted into the in 1964, and was elected by the veterans committee.

*Official career statistics as recognized by .
* ' * ' denotes stats that were not officially recognized during parts or all of his career, and are incomplete.