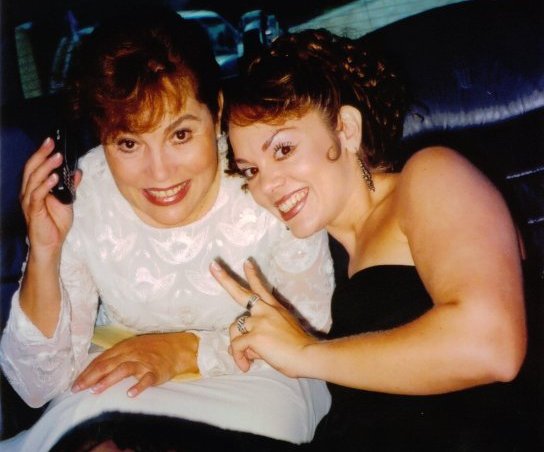 Tatiana (born Tatiana Palacios Chapa on , in , ) is a renowned Mexican international singer and actress.

Tatiana's parents, Dr. José Ramón Palacios Ortega and Diana Perla Chapa de Palacios, are Mexican citizens, native to , , but she was born in Pennsylvania because her father was attending the at the time. Under U.S. and Mexican law, Tatiana is a dual citizen of Mexico and the U.S.. The family soon returned to Mexico, and Tatiana grew up in Monterrey, where she currently lives. She is also a survivor of the 2004 Madrid train Bombings.

Tatiana began her career as a performer at an early age, but her first starring role was in 1984's "", a rock opera about a -like character where she played "Jane". Then she made several pop albums, most notably "Chicas De Hoy", achieving in this period of her career two number one hits on 16 Latin American countries. Her Pop albums achieved 15 gold records and 4 platinum records during the 1980s and early 1990s. She also participated in several Mexican soap operas (telenovelas) and was the star in some movies (sometimes alongside ). She also participated in a campaign to encourage youth from sex, in which she recorded two duets with former Menudo member , and was featured in "Newsweek" and "People" magazines and on the U.S. television newsmagazine show in a story reported by . ["Clean Hit", "", ] ["Their pop don't preach exactly, but Tatiana and Johnny are putting out the word: be careful with sex", "People Weekly", v26 n13, ]

However, despite her early successes, it wasn't until she began to record albums fully dedicated to children songs that she achieved a wider fan base plus international recognition. So far she has obtained 24 gold records, 8 platinum and 4 diamond. She hosted a children's show, "El Espacio de Tatiana", on the Mexican network from 1997 to 2001. She also has a contract from for voice overs, dubs and the recording of Disney Movies hit songs.

However, her greatest achievement is having revolutionized the structure, message and content of the traditional children's song, changing it from typical singalong and repetition of funny phrases that toddlers can easily follow, into real and credible musical statements, without ever compromising her target audience. This differentiates her from any other international artist in this style of music specially created for her by successful record producer Pepe Luis Soto and his partner Roxie "The Dream Team" as Tatiana calls them. These feats have been gradually developed during her recent albums, culminating in her latest releases "El Regalo", "El Regalo II", and "Aventuras En Tatilandia".

Having received numerous awards for her spectacular shows and magical music, Tatiana is also a firm advocate of Make A Wish Foundation and Gift Of Hope Foundation.

In she released her first non-children's album in a decade as part of the celebration of the 20th anniversary of the beginning of her entertainment career, with "Acustico", an all-acoustic album with renditions of some of her early pop hits and other songs, including two in English.

With 5 Latin Grammy Nominations for Best Children's Album and over 9 million copies sold, Tatiana has successfully managed her career both as a singer and actress, releasing every year a new album, and most recently, acting as the mermaid "Coral" on the Mexican soap opera "Amy, la Niña de la Mochila Azul". [ [http://www.univision.com/content/content.jhtml?cid=623813 "¡Tatiana regresa en grande!"] , Univision, ]

Her highly successful and acclaimed 2007 tour ended with a 56 sold out concerts, and in 2008 her new tour "Espapirifáctico" will begin officially on the 24th of February and will cover 46 concerts y 5 different countries before the year's end.