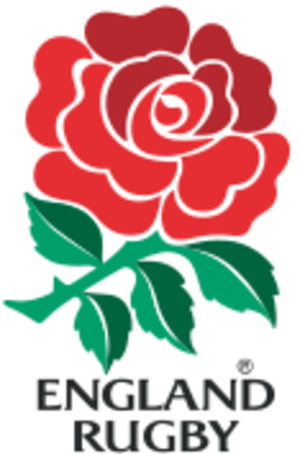 url = www.rfu.comThe Rugby Football Union (RFU) is the governing body in England. Among the Union's chief activities are conferences, organising international matches, and educating and training players and officials. Their publications include handbooks and guides for coaches. Headquarters are at , , inside .

The national team is called England Rugby. The Rugby Football Union and Premier Rugby Limited (PRL) are partners in a joint venture called England Rugby Limited (ERL) created to manage the elite professional game in England. The RFU's turnover for the year ended 30 June 2007 was £103.7 million, up from £82.7 million the previous year. In 2004/05, £18.9 million was distributed to member clubs. [http://news.bbc.co.uk/sport1/hi/rugby_union/4457464.stm]

In 1871 21 English clubs met at a London hostelry to form the Rugby Football Union (RFU), which would draw up rules for the game first played at Rugby school in 1823. There would have been 22, but the Wasps' representative never reached that inaugural meeting. (See History of rugby union.)

Until 1885, the laws of rugby union were made by the RFU. However, following a disputed try in an international between Scotland and England, the home unions of Scotland, Ireland and Wales founded the International Rugby Football Board. England refused to take part, stating that they should have greater representation, as they have more clubs.

On 29 August 1895, 22 rugby clubs from across the north of England held a meeting in the George Hotel in Huddersfield, next to the railway station. They voted to secede from the Rugby Football Union and set up their own Northern Rugby Football Union, later known as the . The RFU took strong action against the clubs involved in the formation of the NRFU, all of whom were deemed to have forfeited their amateur status and therefore to have left the RFU. A similar interpretation was applied to all players who played either for or against such clubs, whether or not they themselves received any compensation. Such players were effectively barred sine die from any involvement in organised rugby union. These comprehensive and enduring sanctions, combined with the very localised nature of most rugby competition, meant that most northern clubs had little practical option but to affiliate with the NRFU in the first few years of it existence. Discrimination against rugby league players could verge on the petty - even as late as the 1970s an English rugby union club was instructed to dismiss a cleaner who was married to a professional rugby league player.

The RFU long resisted competitions and leagues fearing that they would encourage foul play and professionalism. The first club competition, then known as the John Player Cup, first took place in 1972.

The RFU agreed to the formation of a league pyramid in 1987.

In 2003, the RFU agreed to merge with the governing body for women's rugby union the RFUW. This has yet to happen.

Since 1890 the RFU has recognised the as the world governing and law-making body for the game of Rugby Union. Other countries' governing bodies are often called by a similar name for example, (IRFU). See the IRB article for a full list of National Rugby Unions.

In response to the faltering results of the England National Team on August 18 2006 was appointed by the RFU to undertake the post of Director of Elite Rugby to oversee all aspects of representative rugby in England, from the regional academies to the full senior side, including senior team selection powers and the power to hire and fire coaches at all levels of English rugby. Rob also has the task of building bridges with the premiership clubs and the RFU in terms of players withdrawal from their club duties for international duties.