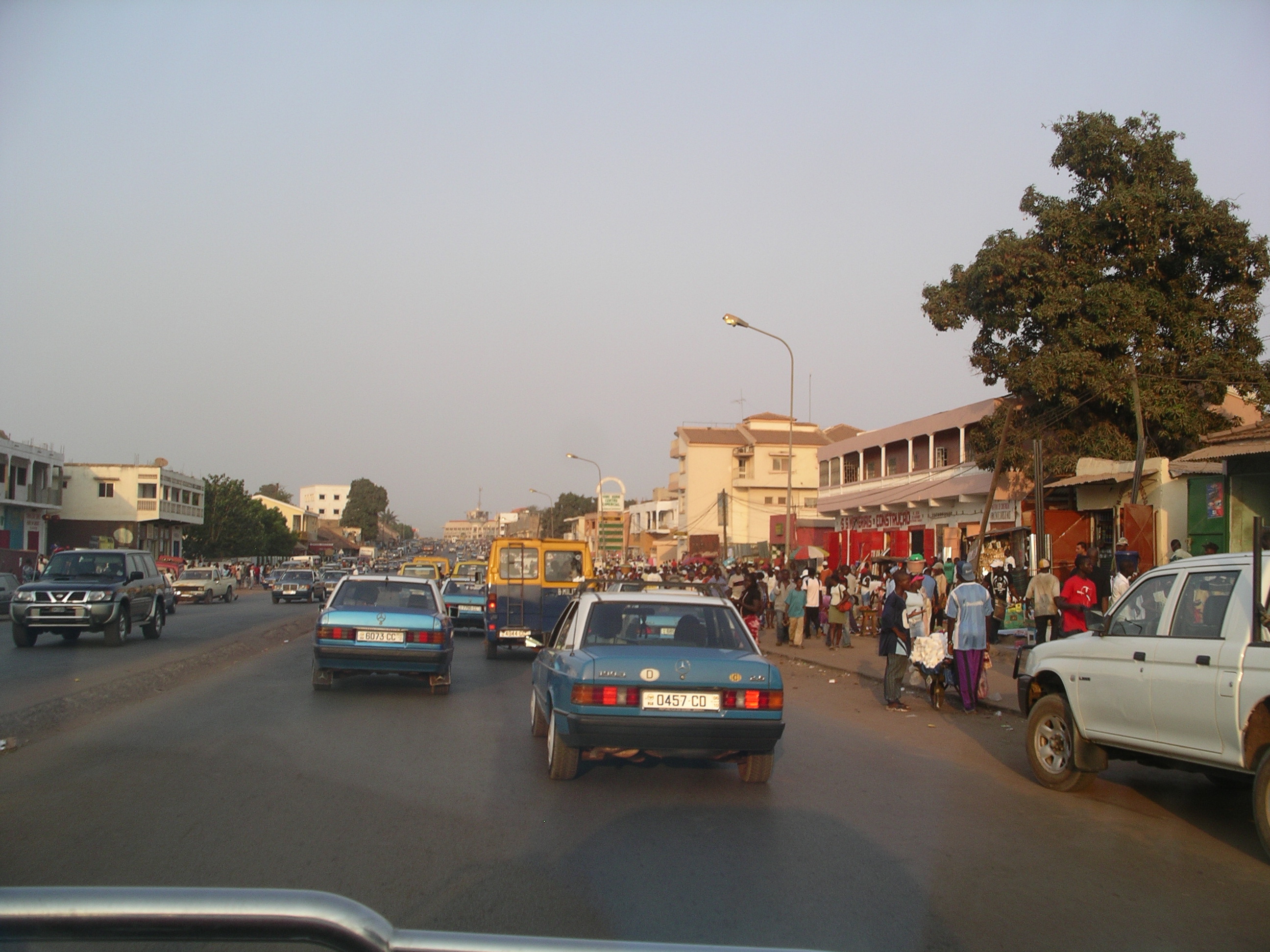 Bissau is the city of . It is an whose borders are conterminous with the . As of , the city has an estimated population of 407,424 according to the Instituto Nacional de Estatística e Censos [ [http://www.stat-guinebissau.com/ Instituto Nacional de Estatística e Censos] ] . The last time an official census was held in the country, in , the city/region had a population of 195,389. The city is located on the estuary, off the . It is the country's largest city, major port, and administrative and military center. s, s, , , and are the chief products. The city was founded in by as a fortified port and trading center. In it became the capital of . After the declaration of independence by the guerilla, in 1973, the capital of the independent territory was declared to be , but Bissau remained as the capital of the Portuguese-occupied regions, i. e., of Portuguese Guinea. When Portugal recognized the independence of Guinea-Bissau and pulled out, in 1974, the two territories merged and Bissau became the capital of the new state. Bissau is located at 11°52' North, 15°36' West (11.86667, -15.60). [http://earth-info.nga.mil/gns/html/cntry_files.html] The city is known for its annual . Other attractions include the containing 's , the to the s killed in the on , the , and local es. Many buildings in the city were ruined during the , including the and the (now rebuilt), and the city centre is still underdeveloped.

The that serves Bissau is .