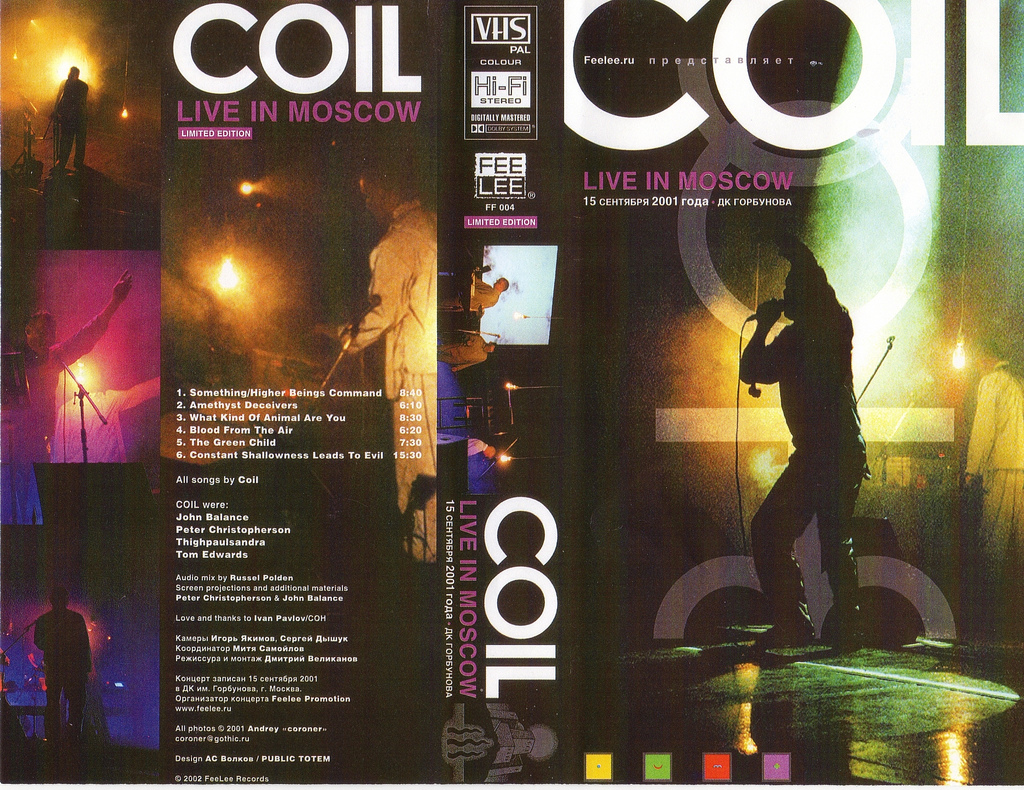 "Live In Moscow" is a VHS of a video recording of Coil. The live performance took place on 2001 September 15 at in , . This video is the exact same performance as .

This release was given to attendees at Coil's return to on September 26, 2002, and was also made available for sale.A box-set edition limited to 35 copies was available. It contained a copy of the video, a t-shirt, a poster and a concert ticket.

Many unofficial bootlegs have surfaced on . This represents Coil's only official video release other than the ANS DVD.

Unlike the VHS, this video does not include any bonus material. However, unlike the Live In NYC August 18, 2001 VHS, the animated video is much more clear. At the end a track list and a list of information in English and Russian scroll signifying the end of the video.

#"Something"
#"Higher Beings Command"
#""
#"What Kind Of Animal Are You?"
#"Blood From The Air"
#"The Green Child"
#"Constant Shallowness Leads To Evil"