Monsters In The Closet

Monsters In The Closet 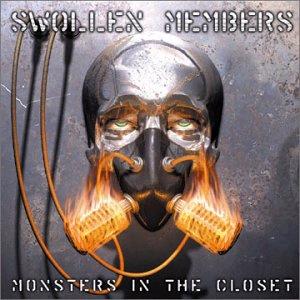 Monsters In The Closet is ' first compilation album and third release on Battleaxe Records. Monsters In The Closet is a collection of , rarities and unreleased tracks from the groups back catalog. In order to properly promote the record however, three brand new songs were created, two of which became popular singles. "Steppin Thru" led the way, continuing their string of successful singles. "Breath" was next, featuring one of their best known videos courtesy of , a Canadian artist primarily known for comic books like Spawn. Both singles did exceptionally well with videos that topped the Countdown and helped the record reach Gold Status almost immediately. Notable guest appearances include Canadian artists Nelly Furtado and Saukrates.