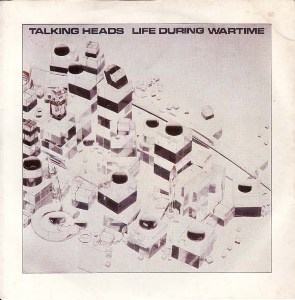 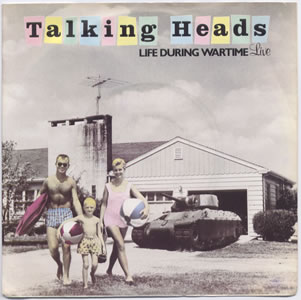 "Life during Wartime" is a song by New Wave band . It first appeared on "Fear of Music" in 1979. Its live version from "Stop Making Sense" in 1983 was released as a single, which peaked at #80 on the Pop Singles Chart.

The song's lyrics tell of a civil insurrection in the USA (the cities , and are mentioned by name) with the singer commenting on various activities involving an apparent movement. ("Transmit the message, to the receiver / hope for an answer some day / I got three passports, a couple of visas / you don't even know my real name.") The singer laments that due to having to live underground, he can't go to . A phrase from the lyrics, "This ain't no party / This ain't no disco", became a in the and genres.

The song was covered and is used at live shows by Welsh indie alternative band, . The song is occasionally played in concert by Athens, Georgia, . The song was included in .