Infobox Film
name = You Kill Me 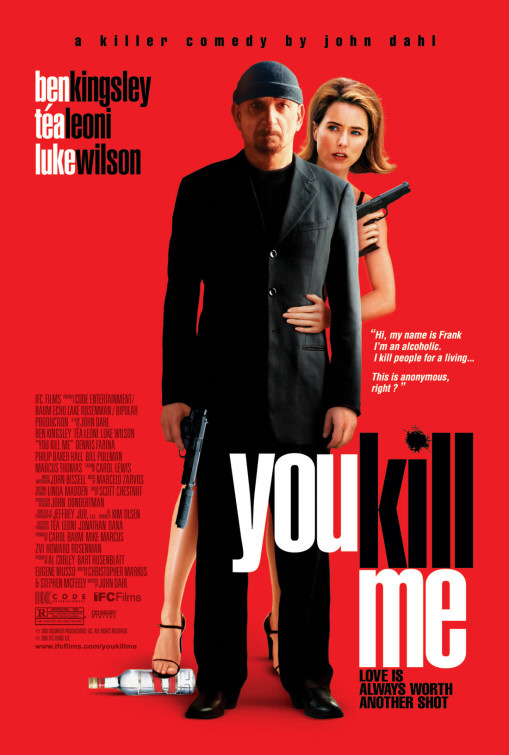 Frank Falenczyk () is a for his family in . He has a drinking problem, and when he messes up a critical assignment that puts the family business in peril, his uncle Roman Krzeminski () sends him to to clean up his act. He is forced to accept a job at a mortuary, and to go to meetings, where he confesses what job he has, and explains that he wants to get rid of his drinking problem because it affects his capability of properly killing people. He falls for Laurel Pearson (), a quirky client he meets at the funeral home. Meanwhile, things aren't going well in Buffalo where an upstart Irish gang threatens the family business, and when violence erupts, Frank is forced to return home and with an unlikely assist from Laurel, faces old rivals on new terms.

* Though much of the film takes place in San Francisco, only one day of filming took place there.
* The film was shot in 26 days.
* You are able to see "The Phantom of the Opera" on a TV during the movie.

* In the scene in the park where Frank is hiding behind trees while Laurel times him, Frank stands three times by a black car. The license plate on that car changes from California to Manitoba and back to California.
* The supposed Buffalo train station is full of Via Rail Canada signs, but nary an Amtrak sign, even though we hear an Amtrak train announcement on the soundtrack.
* At the airport, personnel checking boarding tickets and screening bags wear generic patches saying "Airport Security." In fact, this would be done by TSA personnel in their recognizable uniforms.
* In the scene where Frank tells Tom his occupation in the toll booth, Tom's hair alternates between being neatly parted and windswept several times.
* When Frank and Laurel are sitting in the mall (food court), addressing envelopes to the next of kin he killed 'wrong' , we see a store sign in the background, Telus. A telecommunications company based in Canada, which does NOT serve the US, let alone San Francisco.

Similar films include:
*"," in which a hit man gets back to his hometown after 10 years, for seeing his old girlfriend, he thought about the last 10 years.