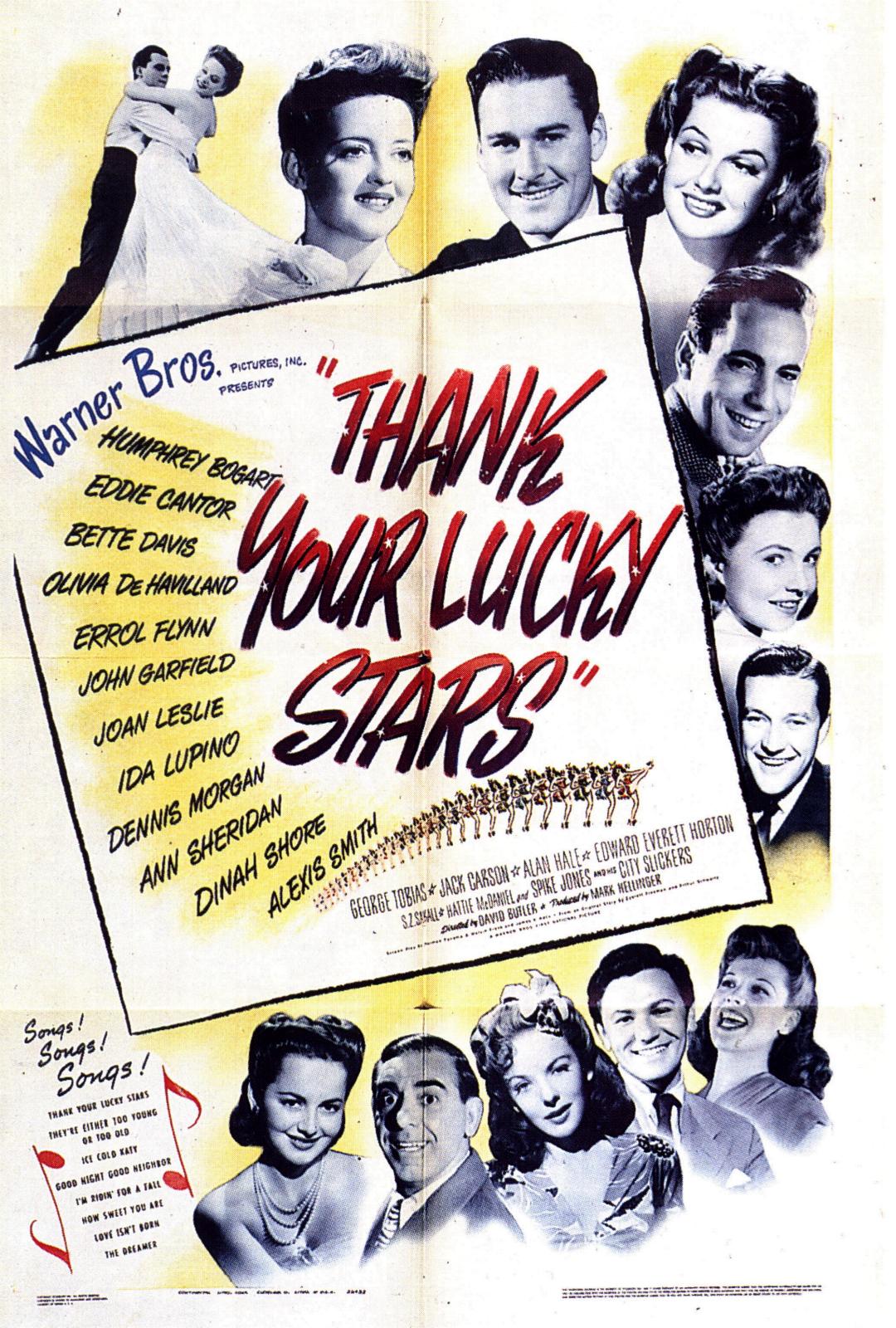 Thank Your Lucky Stars is a 1943 made by as a fundraiser. It was directed by David Butler and starred , , and .

The film was a musical with a slim plot, involving movie producers (Morgan and Sakall) uniting with a songwriter (Leslie) to find talent for a wartime charity program. Many of Warner Brothers stars performed in musical numbers, including several who were not known as singers. Each of the cast members was paid a $50,000 fee for their appearance which was then donated to the . [Spada, James, "More Than a Woman", Little, Brown and Company, 1993, ISBN 0-316-90880-0 p 194 ]

The film was popular with audiences, and the critic called it "the loudest and most vulgar of the current musicals. It is also the most fun." [Ringgold, Gene, "The Films of Bette Davis", Cadillac Publishing Co., 1966, p 123 ] Ticket sales combined with the donated salaries of the performers raised more than two million dollars for the Hollywood Canteen. [Spada, James, "More Than a Woman", Little, Brown and Company, 1993, ISBN 0-316-90880-0 p 195 ]

"Thank Your Lucky Stars" by .
"How Sweet You Are" by Dinah Shore.
"The Dreamer" by Dinah Shore, also performed as a reprise by , and .
"Love Isn't Born (It's Made)" by .
"Ridin' For a Fall" by and (dubbed by Sally Sweetland).
"Good Night, Good Neighbour" by Dennis Morgan with an accompanying dance by .
"Ice Cold Katie" by and
"Goin' North" by and
"They're Either Too Young, Or Too Old" by , followed by a performance by Davis and a dance contest winner, Conrad Weidel.
"That's What You Jolly Well Get" by .
"No You, No Me" by Dennis Morgan and Joan Leslie (dubbed by Sally Sweetland).
"We're Staying Home Tonight" by .
"Hotcha Cornia" by .