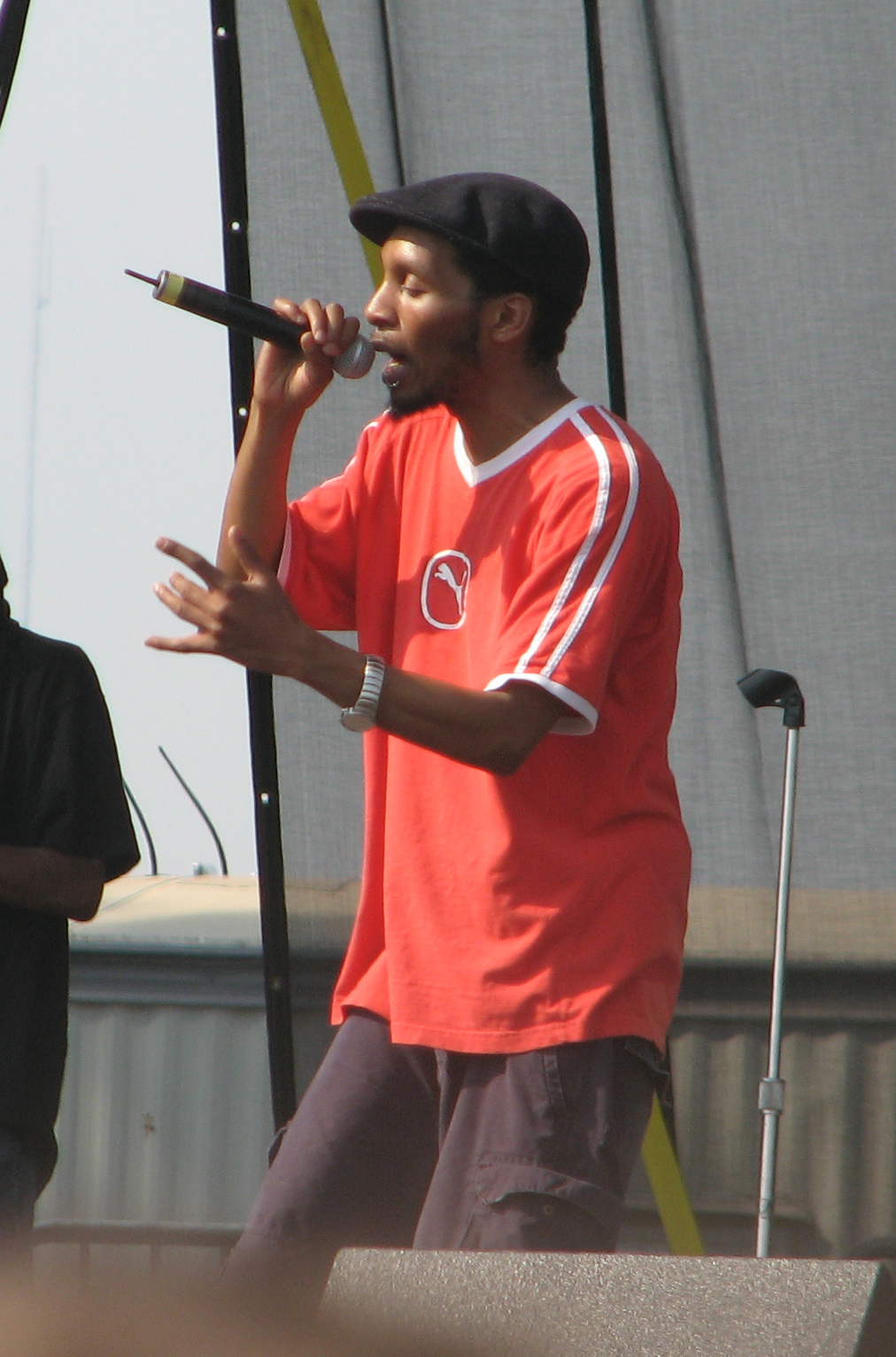 Del tha Funkee Homosapien is an artist. Del was born Teren Delvon Jones on , in Oakland,

"No Need for Alarm" also saw the introduction of the famous Oakland clique Hieroglyphics, whose original members included the widely acclaimed , Domino, Casual, Snupe, and Pep Love. "No Need for Alarm" was a bold move on Del's part as it allowed him to develop, display, and solidify his unique style as an MC, and also helped to expose both the regional Oakland sound of hip hop, as well as the freestyle based, "golden era-97" style of hip hop being expanded at the time. Rather than the use of multiple funk samples, including those of , "No Need for Alarm" features a bold, classic hip hop sound, often referred to as an updated Oakland version of , which is a certain archetypal hip hop sound, and because Del and his crew represents Oakland. The sound of this album was largely due to the production work of Domino, a producer for the Hieroglyphics crew. The album "No Need for Alarm" is still considered one of the greatest albums ever to come out of Del, Hieroglyphics, or Oakland, and is highly regarded as one of the all time classic albums of hip hop.Fact|date=February 2008 The instrumental pressings of this record is considered the "holy grail" of hiphop instrumental albums, due to the quality of production on the album and also due to its extremely limited pressing.Fact|date=February 2008

Del's third solo album "" became available in 1998. The album was only available on the Hieroglyphics website for download, and in tape form in Japan. "Future Development" was re-released in 2002 under the Hieroglyphics Imperium label. Del also released another collaborative work with the Hieroglyphics crew in 1998, "", it was the Hieroglyphics crew's first album. Two years later, Del released his fourth solo album, "", as well as "Deltron 3030" which was a collaborative work with artists Dan “the Automator” Nakamura and , featuring a special guest appearance by . Exposure from the 3030 project helped to expand Del's fan base&mdash;the 3030 project worked well as a marketing move because the CD capitalized on the growing interest of computer technology, incorporating motifs of science fiction, telling stories about life and hip hop based in the year 3030, and infusing much of the popular internet terminology and culture in circulation at the time.

Del collaborated with pop-group for two songs on their debut album, both of which became singles: "Clint Eastwood" and "". In their cartoon-based videos he is portrayed as a ghost. Del later commented in an interview on the success of "Clint Eastwood" by saying to the interviewer that he actually wrote the song with the book "How to Write a Hit Song," a book that he bought with a coupon his mother gave him. After the song went platinum he gave the plaque to his mother [http://www.thewavemag.com/pagegen.php?articleid=22601&pagename=article] . As part of Russel Hobbs' backstory, the character of Del was one of Russel's friends that was gunned down in a drive-by shooting, whose ghost possessed Russel. When Del was not invited to work on the album, a story was written that Del and the other spirits that possessed Russel were exorcised in 2003.

2003 also saw the release of "Full Circle", the second full-length album from the Hieroglyphics crew.

In 2004 Elektra released "The Best of Del The Funky Homosapien: The Elektra Years" without the approval of Del. The CD only includes songs from his first two albums, along with a handful of b-sides from that era. Del was not pleased and advised people to not buy the CD, saying it was just Elektra trying to make money off of him due to his newfound fame.

Together with his crew, Del has established his own independent record label, , which primarily consists of an expanded Hieroglyphics roster and a few other artists with whom the group collaborates regularly.

Del has also had many songs featured in snowboarding movies. "Press Rewind" was the song for 's part in the film "" and "If You Must" was featured in "DC Mountain Lab".

Currently there is a DVD available called "11th Hour", which DVD contains some live footage, footage of him in the studio and around the house, as well as footage of him recording "11th Hour". It was his first solo album in more than seven years.

In 2008, "11th Hour" was released first, with the new Deltron album, "Deltron Event II" to be released afterwards.

"11th Hour" was released by instead of the usual . CEO and MC El-P all but confirmed Del's signing recently in a cryptic myspace blog post. Del is also currently on tour with Embedded/Def Jux artists "" and "". On November 6, 2007 there was a post on the Definitive Jux website that stated Del had signed with Definitive Jux.

When asked about working with Def Jux, Del commented: "I look at this as an opportunity to spread the gospel a little thicker. El-P and I have known each other for a long time and I respect what he does. I see Def Jux out there doing their thing, I think we can help each other build new audiences. I'm looking forward to working with El-P and Def Jux on future projects as well."

El-P added, "Del is and always has been one of my favorite artists and people. It's amazing to get a chance to release Del's vision on Jux. The 11th Hour 100% Del. Conceived and produced completely by the man himself. My hope is just to get the record out to as many people as possible and to support the legacy Del and the whole Heiro Emporium have created. He's one of hip hop's true originals and a legitimate leader of the new and true school that we all love."

Del was recently seen on an episode of the MTV show "MADE" in Canada, where he encouraged the youth to drop-in on a mini ramp and later performing and dedicating "If You Must" to the main character. He also provided songs for the soundtrack.Fact|date=September 2008