To the Quiet Men from a Tiny Girl

To the Quiet Men from a Tiny Girl 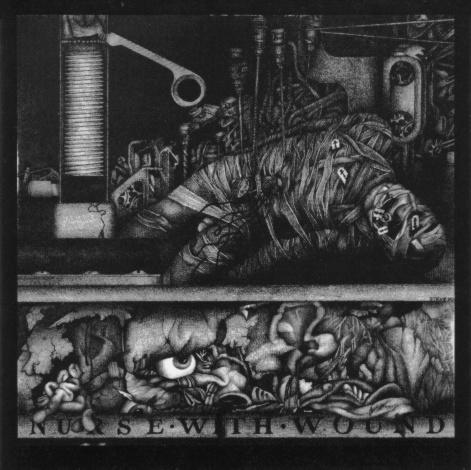 
"To the Quiet Men from a Tiny Girl" is the second album by and the last to be made by the founding trio of , John Fothergill and Heman Pathak. The album also features contributions from French avant-garde musician Jac Berrocal. It was recorded by "The Bombay Ducks", an alias for Nicky Rogers and Vic Ball, the former of whom had facilitated the recording of the group's first album, "" (and, therefore, unintentionally, the group's formation - see article for details).

The sessions were characterised by tension amongst the trio with Pathak leaving the group almost immediately after the album was completed - Fothergill told author that Pathak's contribution to this record was minimal. Stapleton and Fothergill disagreed over the production of "She Alone Hole And Open" (named after a line from "Pini Pini" by Arto/Neto) and Stapleton has expressed regret at allowing the track to be compromised by Fothergill's intervention. Before long, Fothergill would also leave the group as he and Stapleton began to clash over the releases on the group's United Dairies label, which was now issuing music by other artists such as Whitehouse and .

The album was dedicated to Viennese actionist , with the explanation that he "killed himself in the name of art through successive acts of self mutilation". This is actually incorrect; Schwarzkogler jumped (or fell) from a 4th story window. Within weeks of completing this album, Stapleton returned to the studio without Fothergill or Pathak to create the following Nurse With Wound release on his own.

Like its predecessor, "To the Quiet Men..." was issued in a hand numbered edition of 500 and, yet again, Stapleton provided the sleeve artwork. Each copy contained an expanded edition of the . It was also released on cassette and later reissued on vinyl as part of the "Psilotripitaka" box set. A CD edition was also released in 1990. It was also bootlegged, with all such copies being numbered 211/500 [http://brainwashed.com/common/htdocs/discog/ud03.html] . The album is currently out of print in all formats.