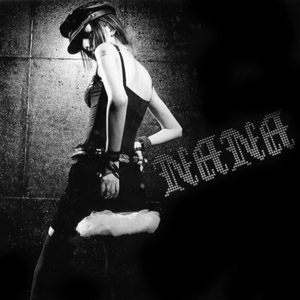 "Glamorous Sky" is 's 16th single overall, her 1st under the name "Nana starring Mika Nakashima", and the second most successful single in her career after "STARS". It is her first rock song and it was used as one of the image songs for the movie "" (as one of the bands Black Stones' song). Hyde of composed "GLAMOROUS SKY", while Yazawa Ai wrote the lyrics. The second and third B-sides, "BLOOD" and "ISOLATION" were used as CM songs for cosmetics. Mika Nakashima graces the cover of the single as . The song is featured as a cover by a jrock band,Girugamesh, in the music games, for V3 and V3, as well as the rhythm game .

This is her first single to debut at #1 on the Oricon weekly charts. It stayed at #1 in the daily charts for two entire weeks, something none of her other singles have achieved. "Glamorous Sky" sold 120,202 units for its first week, outselling the #2 single of the week from by 72,993 units. In the second week it was also #1, with the #2 spot being occupied by her "Nana" co-star and her single "" which would eventually outsell "Glamorous Sky" in 2006. Overall, it has sold 444,067 copies since release and has charted in the Oricon charts for 28 weeks. It managed to reach #10 in the 2005 Oricon year end charts, the highest position for a female artist that year.