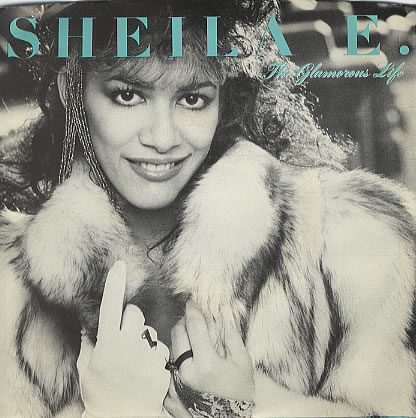 
"The Glamorous Life" is a song written by Prince in 1984 and first recorded by percussionist, . The dance song has lyrics which reflect a cynicism for the decadence and materialism of the song's protagonist, referred to in the third person, who "wants to lead a glamorous life", although she is aware that "without love, it ain't much".

"The Glamorous Life" was originally intended to be recorded by the short-lived replacement act for , . Prince allegedly had several tracks lined up for the trio to record for their 1984 debut album (and by some accounts, their follow up album as well) but abandoned the idea when he learned that lead singer had no desire to stay in the group beyond her contractual obligations as designed for her movie role in "Purple Rain".

Prince decided to give the song to Sheila E. who was fresh off her duet on Prince's "". "The Glamorous Life" would be recorded by Sheila and go on to launch her solo career. It was the title track and closing song on her debut solo album, and reached number 7 on the U.S. charts and earning a nomination.

Sheila's live performances of the song became memorable events, most notably for her percussion solo towards the end of the song. Depending on the occasion, she would either spin around several times while drumming without missing a beat during the rigorous solo, place one highly elevated foot on a snare while standing on the other leg mid-solo, or perform with glow-in-the-dark drumsticks. While the solo featured in the song helped to bolster Sheila E.'s fame, all subsequent versions of this song have no drum solo at all.

"The Glamorous Life" has been covered by n bands (featuring vocals by ) and , both in 2005. And later in 2007 the song has been covered by an ic band Al'Margir. The song was also covered by in their 2001 debut album "Popstars". New York indie-rock band The Fever also featured a cover (and two remixes of the cover) as the B-side to their 2003 single "Ladyfingers".