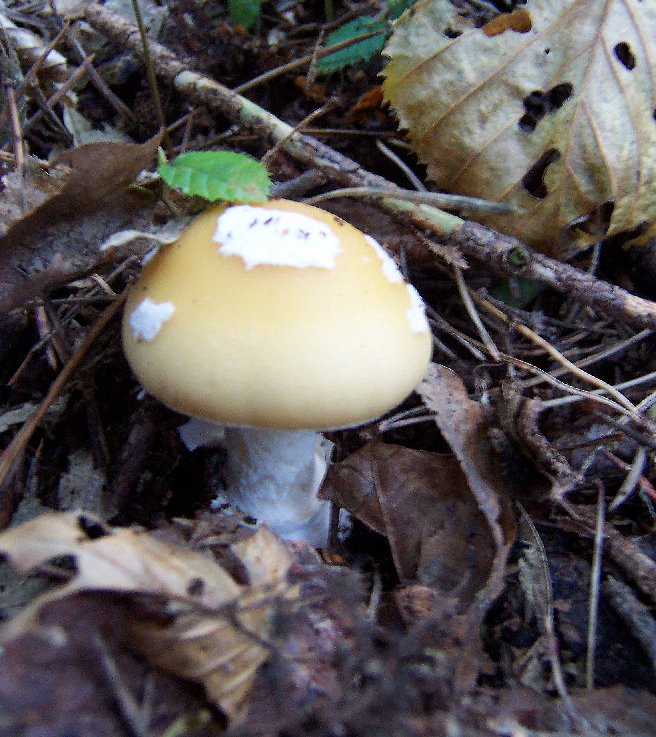 The gemmed mushroom ("Amanita gemmata") is a mushroom of the genus "", a genus of fungi including some of the most deadly mushrooms, as well as notably psychedelic mushrooms. "A. gemmata" resembles the false death cap, tawny grisette and mushrooms. Its pileus (cap) is a more bright color than in the former and more yellow than that of the latter two.

The cap is 3–7 cm (1-3 es) in diameter, domed in young and flat in old specimens. It is pale yellow in dry weather, becoming a bright corn color, lighter towards the furrowed margin, and somewhat slimy in high humidity. There are few and rather large flakes of the white present. The gills are white , as is the stipe (stem). The lower end of the latter is usually thickened, but does not feature a prominent sheath as found in the .

The gemmed mushroom occurs in forest. It favors sandy and slightly acidic soild and often forms with rootlets of the ("Picea abies"). In Central Europe, it is found between June and October and in California it is found in December.