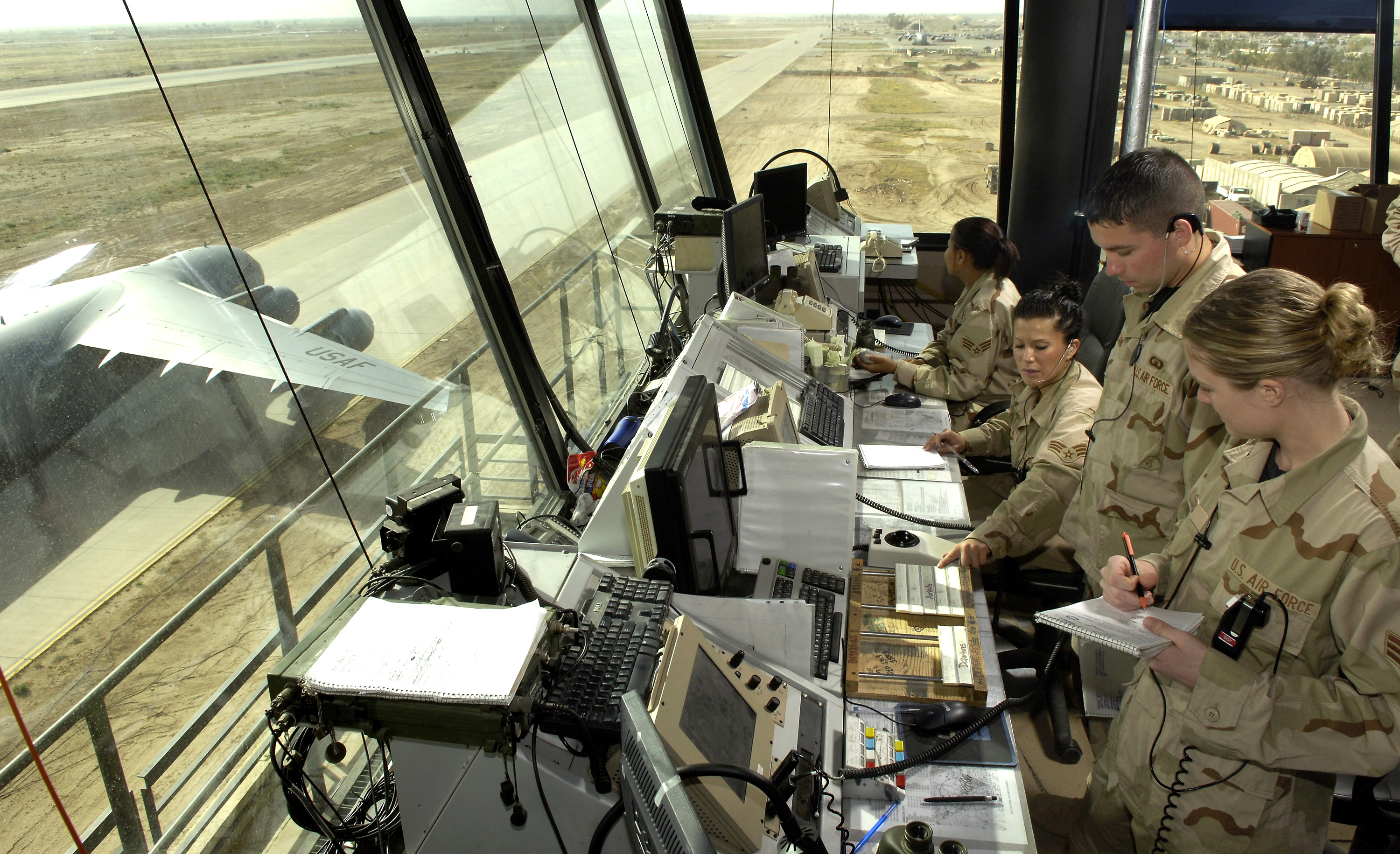 Joint Base Balad [ [http://www.af.mil/news/story.asp?id=123103084 Renamed U.S. military base in Iraq reflects joint status] ] , formerly Balad Air Base and Anaconda, or simply LSA Anaconda - formerly known as Al-Bakir Air Base ( _ar. قاعدة البكر الجوية)Fact|date=February 2008 and known in popular media as Camp Anaconda - is one of the largest American military bases in . The Army's 3d Sustainment Command (Expeditionary) and the Air Force's is headquartered at JBB. It was decided that the facility share one name, even though for many reasons and for its many occupants, it has differing names. Balad is the central logistical hub for forces in Iraq and the busiest air base in the world operated by the and is currently the second busiest airport in the world. ["Morning Edition", NPR. Broadcast 28 September 2007. [http://www.npr.org/templates/story/story.php?storyId=14793321] ] The base is so large and has so many occupants that it has its own 16-page, weekly newspaper, the [http://www.dvidshub.net/index.php?script=pubs/pubs_show.php&id=140/ Expeditionary Times] ( [http://www.dvidshub.net/index.php?script=pubs/pubs_show.php&id=12/ Anaconda Times] before the base name change), which serves residents of the base, as well as all logistical servicemembers in Iraq and their families at home. The newspaper is staffed solely by Army journalists, usually the sustainment command's public affairs detachment, as well as a print team from a mobile public affairs detachment. Camp Anaconda has also been more colloquially-termed "Life Support Area Anaconda" [cite news | first=Phillip | last=Carter | coauthors= | title=The Thin Green Line | date=October 18, 2006 | publisher= | url =http://www.slate.com/id/2151742/ | work =Slate.com | pages = | accessdate = 2007-07-25 | language = ] or "Mortaritaville" [cite news | first= | last= | coauthors= | title=Balad Airbase | date= | publisher= | url =http://www.globalsecurity.org/military/world/iraq/balad-ab.htm | work =globalsecurity.org | pages = | accessdate = 2007-07-25 | language = ] or the "Big Snake". Joint Base Balad is also used extensively by aircraft of the , which have operated a wide range of types (rotary and fixed wing) from the base, in support of ongoing missions in the country.

Located near in the convert|68|mi|km north of , its concrete walls house 28,000 soldiers and 8,000 civilian contractors.Fact|date=April 2007 Unlike most bases in Iraq, LSA Anaconda offers amenities including a movie theater, fast food courts, dance lessons, an olympic size swimming pool, and an indoor swimming pool. The base is a common destination for celebrities and politicians visiting American troops in Iraq.