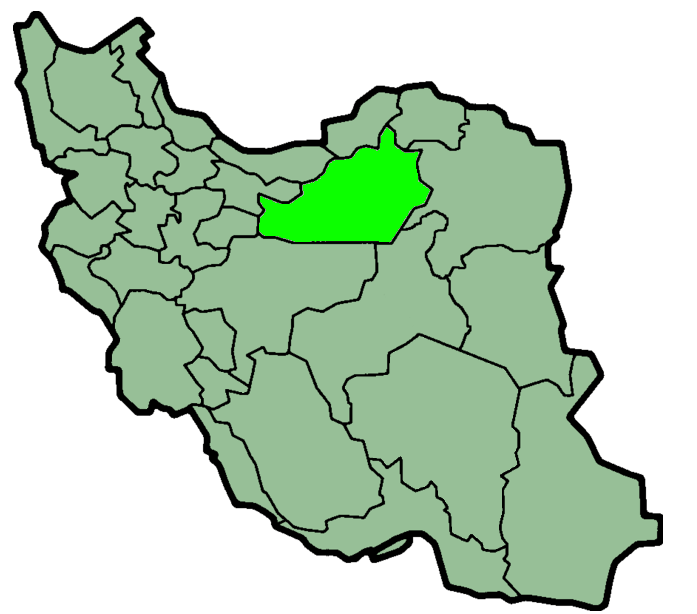 Semnān is one of the 30 provinces of . It is in the north of the country, and its center is Semnan. The province of Semnan covers an area of 96,816 square kilometers and stretches along the mountain range and borders to desert in its southern parts.

The province is divided into two parts: a mountainous region, and the plains at the foot of the mountains. The former offers a scope for recreational activities as well as being a source for minerals, whereas the latter encompasses some ancient cities of Iran as one of the capitals of the n empire was located here.

Neighbours are in the North Golestan, Mazandaran, at the West Tehran, Qom, at the South Isfahan and at the East Khorasan-e Razavi.

Semnan can be divided into sixteen sectors from the old days of . During the and periods, it accounted for being one of the largest provinces of the empire.

During the Islamic era, Semnan was part of the historical region of "Gomess" or "Komesh", and The paved its way from the midst of this region. Needless to say, the province was witness to numerous wars. The Cultural Historical Heritage Organization of Iran lists 470 sites of historical and cultural heritage such as palaces, forts, castles, s, s, and s, in Semnan. In addition to these there are various religious and sacred places as well.

On occasion of the 10th anniversary of the Kwangmyongsong 1 satellite launch attempt, program conducted by North Korea in close cooperation with and , the has proceeded with its own test. According to practice also observed by , Iranian authorities announced to their Chinese allies on th, the incomming imminent launch of a satellite. [cite web|url=http://www2.irna.ir/ch/news/view/line-52/0808167168204858.htm|title =伊朗将于下周发射自主生产的卫星 |publisher= |date=2008-08-16|accessmonthday=August 18|accessyear=2008] On th, on the occasion of the birthday anniversary of Shiites' 12th Imam , Iran proceeded as preannounced with the second test launch of a three stages Safir SLV from a site south of in the northern part of the Dasht-e-Kavir desert. Reza Taghizadeh, head of the Iranian Aerospace Organization, told state television "The Safir (Ambassador) satellite carrier was launched today and for the first time we successfully launched a dummy satellite into orbit". [citeweb|title=Iran says it has put first dummy satellite in orbit |url=http://news.yahoo.com/s/nm/20080817/wl_nm/iran_satellite_dc_4|publisher=""|accessdate=2008-08-18]