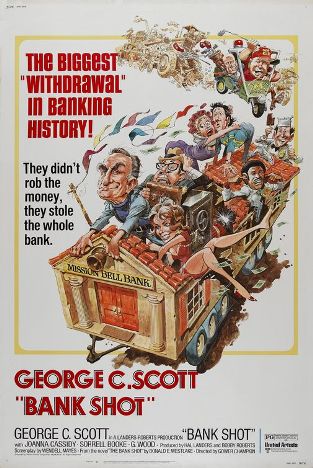 A bank temporarily housed in a mobile home while a new building is built, looks like an easy target to break into. On the other hand, why not steal the whole bank, and rob it in a safer location?