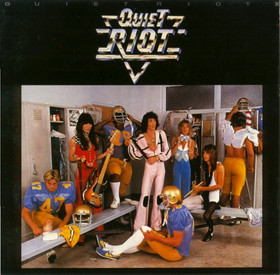 "Quiet Riot II" is the second album by band . Like their first album, this was released only in Japan. Although Rudy Sarzo is pictured and credited, the recordings were made before he replaced Kelly Garni [http://www.nolifetilmetal.com/quietriot.htm] [http://library.csun.edu/igra/bios/rhoads/qr.html]

Afterglow (of Your Love) is a cover of a Small Faces song, all others are Quiet Riot originals.

This is the last Quiet Riot album to feature Randy Rhoads as he left soon after to join Ozzy Osbourne's band.