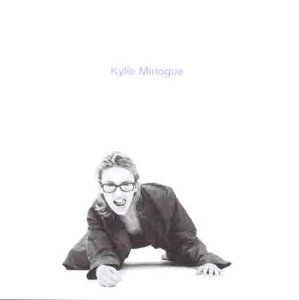 
Kylie Minogue is the title of a 1994 album by n singer . It was Minogue's fifth studio album.

"Kylie Minogue" was released on the Deconstruction label in the and Mushroom in Australia. It reached number four on the , and was certified gold for selling over 100,000 copies. [cite web | title=UK Certification (BPI) | work= | url=http://www.bpi.co.uk/index.asp?Page=stats/content_file_118.shtml | accessdate=2007-07-27] "Confide in Me" was the first and most successful single released from the album, reaching number two on the UK charts and spending four weeks at number one in her native Australia. The album hit number two in Australia.

"Kylie Minogue" was Minogue's first release outside of the production team of . In an attempt to broaden her fan base and extend herself as an artist, she took an active role in planning the album and sought out a diverse group of artists to collaborate with. The first recording sessions took place in 1993 and resulted in two songs recorded with Saint Etienne and eight by Minogue co-written songs with the . But Deconstruction's A&R office decided they were heading into the wrong direction, so 16 new songs were recorded - six with , four with , three with singer songwriter Gerry DeVeaux, two with Pete Heller and Terry Farley and one with - and two songs from the previous Rapino Brothers sessions were re-recorded with Brothers In Rhythm. Music critics generally praised Minogue for her objective, however most reviews described the end result as disjointed and disappointing.

On the album cover, Minogue attempted to present herself as a serious artist, rather than the vampish sex kitten she had begun to personify. While the accompanying videos were among her sexiest and most overt, the album cover featured black and white photography of Minogue wearing horn rimmed glasses and a conservative trouser and jacket suit. Such a combination from someone who had so strenuously promoted herself as a fashion icon was seen by many critics to be an odd choice.

In May, 2003 the album was remastered, complete with a bonus disc filled mostly with remixes. According to Steve Anderson, who co-wrote and produced songs on the Kylie Minogue album,the album sold 2 million copies worldwide.

The final version of the track ("Falling") that appears on the album is radically different from the demo the band submitted to Minogue, which was much more in the style of her earlier work with . The basis of the demo track was an eventually abandoned Pet Shop Boys remix of their 1993 cover version of song "Go West". Ironically, the later Minogue song "" bears strong similarities to traditional anthemic Pet Shop Boys songs such as "Go West" and "A Red Letter Day". However, such songs were not in vogue in 1994 with the mature clubbing audience that Minogue and Deconstruction were trying to target at the time. The original Pet Shop Boys demo of "Falling" (with on vocals) was later made available as part of the 2001 2-disc re-release of the Pet Shop Boys album "Very". The Pet Shop Boys would later directly collaborate with Minogue for their album "Nightlife", on which she sang the duet "In Denial" with Tennant.

was a moderate market: her albums were continuously released in the States, but more so in . "Fie-toi à Moi", the Franglais version of "Confide in Me", was released as a part of a special Canadian release that had different cover artwork. [cite web | title=Discography 1994&ndash;1998| work=MixKylie.co.uk| url=http://www.mixkylie.co.uk/discoworld.php?page=3&icons=on| accessdate=July 27| accessyear=2007]

The follow-up single to "" was planned to be "If I Was Your Lover". Originally mixed by Jimmy Harry the track was remixed to give it a more urban appeal. The single was supposed to be relased in the first and then in the UK if the US release was successful. After the record contract for the US fell through the UK single release was scrapped.

"Time Will Pass You By" was planned to be the final single from the album and remixes were commissioned (the Paul Masterson Mix being one of them). Instead of this song the collaboration with "" was released. [cite web | title=Album Information| work=MixKylie.co.uk| url=http://www.mixkylie.co.uk/guide.php?page=6| accessdate=August 1| accessyear=2007]

Rapino Brothers sessions (all songs written by G. Mallozzi/M. Sabiu/K. Minogue):
*"Aston Martin – 3:30 leaked into the internet
*"For All I'm Worth – 4:50 leaked into the internet
*"Gotta Move On" – 3:37 released on Hits+
*"Difficult By Design" – 3:44 released on Hits+
*"Love Is On The Line" Kylie gave the song to who released it as a single
*"Our Lovin' (Light That I Was Looking For)"
*"Living For Your Lovin'"
*"Automatic Love (Original Version) (G. Mallozzi/M. Sabiu/K. Minogue/I. Humpe)Brothers In Rhythm sessions:
*"At The End Of The Day"
*"Love Is On The Line" re-recordingJimma Harry sessions:
*"Intuition"
*"The World Needs Love"Gerry DeVeaux sessions:
*"No Turning Back"St. Etienne sessions:
*"When Are You Coming Home?"