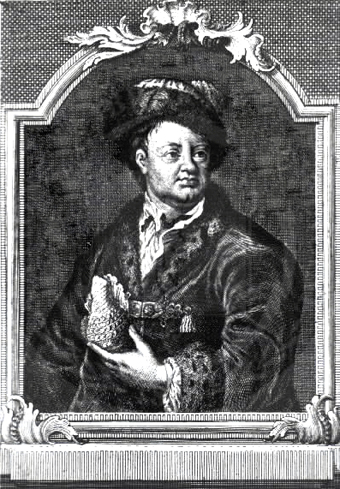 Gmelin was born in , the son of an . Hewas a gifted child and graduated with a medical degree at the age of 18. In 1730 he travelled to to lecture at the university, and in the following year was appointed professor of and . At his suggestion, left in London to take up a post in St Petersburg. The final two volumes of 's (1693-1730) "Centuria" were published posthumously by Gmelin. [ [http://www.polybiblio.com/marta/3105.html AMMAN, Johannes, Stirpium rariorum in Imperio Rutheno sponte provenientium icones et descriptiones ] ]

From 1733 to 1743 Gmelin made a journey of scientific exploration through . He described the position of the river as a boundary between and and participated in measuring the lowest ever recorded at . He was also the first person to measure the fact that the level of the was below that of the .

The is named after him.